Be the first one to rate! Submit Review
Post Views: 792 More than 20 years ago, Chell Austin was participating in a golf scramble with his fellow Fifth Third Bank colleagues when one of them was thrown out of a golf cart and sustained a traumatic brain injury (TBI). Austin took on the bank account of the Brain Injury Alliance of Kentucky (BIAK) and became familiar with the mission of the organization. In 2000 he joined their board, and later became treasurer. After retiring from banking, he was hired as the BIAK executive director. According to Austin, retirement didn’t suit him, but the truth is that he had developed a passion for this organization that has a dramatic impact on families affected by TBIs.

“The health-care system does a great job fixing the physical issues, but is not equipped to help families cope with and plan for their new circumstances,” Austin says.

That’s where BIAK steps in.

“A brain injury is devastating,” Austin says. “There’s no organ in your body that’s more important than your brain. It’s who you are. When it gets damaged, your personality is not the same.”

An outgoing person could become shy, or vice versa.

“It scrambles everything,” Austin says. “A brain injury, no matter the type, means that your life is a certain way one day and forever changed the next.”

The team at BIAK doesn’t tell family members what to do or how to cope, but rather helps them to understand the journey they are on by connecting them to available resources.

“Even with that help, it’s very difficult,” Austin says. “Say a breadwinner gets a TBI. If you have young children, the spouse is faced with whether he or she should turn their attention towards the children or the person with the brain injury.”

In addition, other children in the family may end up feeling isolated or neglected when the world suddenly seems to revolve around the person with the TBI.

“It’s hard on a family,” says Eileen Hornback, who knows firsthand as her son Zack suffered a TBI in July of 2005 when he was 15 years old, as a result of a horrific car accident.

Though Eileen was told Zack would likely not survive, he beat the odds, despite a difficult road. Zack’s TBI forever changed the family dynamic. He couldn’t walk or talk, read or write, feed or dress himself.

“All he could do was give a thumbs-up and stick out his tongue,” Eileen says. 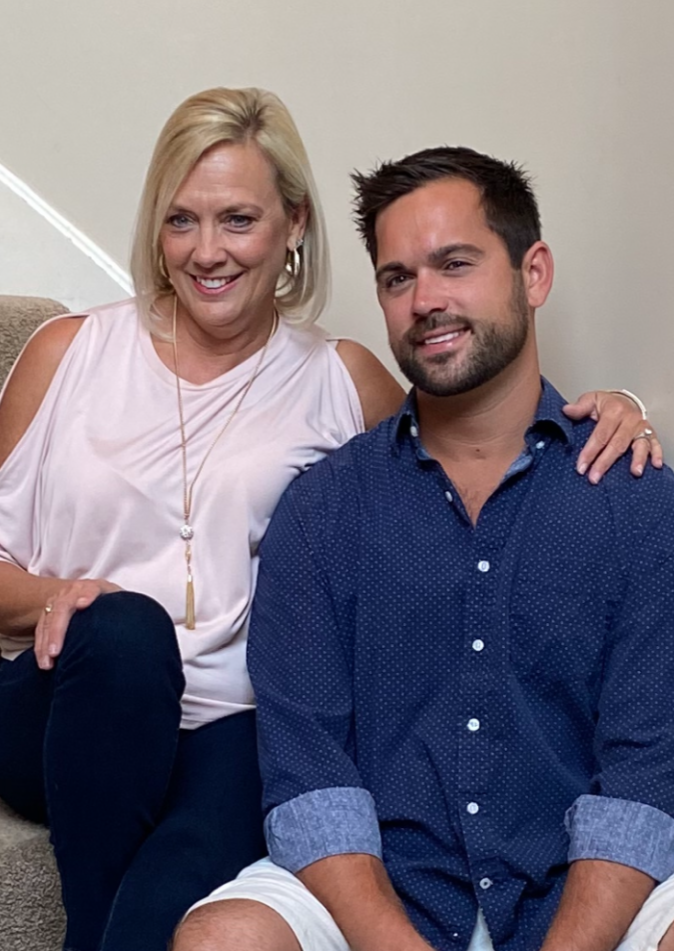 Now 31, Zack owns a condo, works as a contractor in the family tile business, and has an incredible golf game. But it was rough for a long while.

BIAK is proactive in helping people. Instead of waiting for families to contact them, they partner with health-care companies to meet with families at the onset of injury.

“We let families know that we’re here,” Austin says. “After meeting with them, we get one of three reactions. They either don’t want to see us, they listen to what we have to say but remain quiet, or they’re relieved to interact with us.”

It’s not uncommon for Austin to get a call a month or two later when the dust has settled and a family realizes they need some significant support.

“You have a swirling combination among all three of those things to different degrees, depending on what part of the brain has been damaged,” Austin says.

BIAK, a statewide organization, has board members from several cities. Their affiliate in northern Kentucky recently became an independent entity, although their executive director is on the BIAK board. They operate an affiliate in Lexington that’s thriving, and they’re funded by grants from interested companies as well as two annual fundraisers – the Brain Ball in the late fall and the Brain Walk in June.

They conduct an annual brain injury conference called the Summit, during which attendees obtain professional education credits on issues related to serving those affected by brain injury such as rehabilitation, medications and medical issues.

Though BIAK began by serving only traumatic brain injuries – those injuries that result from a knock in the head – over time they expanded to also serve those who have suffered brain tumors, strokes, aneurysms and oxygen deprivation.

“We do it all because no matter how the brain is damaged, the effect of the brain being damaged is quite similar,” says Austin, who notes that with conditions like brain tumors, there is an ongoing medical component. For instance, someone with a malignant tumor will have a limited life span, whereas those with TBIs can live a normal length of time.

BIAK offers a number of monthly support groups, including one for those with brain tumors, another for caregivers and a third for veterans, as well as several survivor groups. These groups help new participants see how other people with similar problems are dealing.

“When you see someone who is a little further down the road and they tell you, ‘This is what I did,’ or, ‘This is how I coped,’ that’s better than us preaching to them,” Austin says. “They can offer empathy that only others who have been in their shoes can do.”

The organization also engages in advocacy and education. Through the years they have mainly dealt with individuals who have family support systems, but there are people who lack support, such as the homeless population or those in the prison system. The Centers for Disease Control and Prevention estimates that between 25% and 87% of those in the judicial system are affected by brain injury. Therefore, BIAK is in the early stages of outreach to the legal system.

“We’re putting together a proposal to go to the court system and educate them as to what can be done to better process folks who show up with brain injuries,” Austin says. “We’re not there to forgive the crime, but to help the prison system and cops deal with it better.”

Branching out to these areas is critical because according to Austin, patients with brain injuries tend to flounder without a support system in place.

Through a state grant, BIAK developed a resource journal for the military and began serving returning veterans. It became apparent 15 years ago that a high number of service members were returning with brain injuries because bombs had replaced bullets.

“As a result of our relationship with the Kentucky National Guard, we attended events and screened all Kentucky service members for possible brain injuries,” Austin says.

The organization continues to serve veterans today, regardless of whether their injuries are service related.

According to Austin, roughly one in 20 people have had a brain injury, and 19% of Kentuckians are affected by brain injury. TBI has nothing to do with age, race, gender or financial status. Anybody can get one, as the Hornbacks know all too well. Despite dealing with deficits every day and having retrograde amnesia, Zack and his mom are first-contact volunteers at BIAK. This means that they go to hospitals and chat with families that are just starting on their journeys following a TBI. Many families appreciate talking to those who have walked the road they are about to trek.

“It’s easy for a doctor to explain to a mom and a dad what’s going on with their child, but a doctor, nurse, therapist or even Chell can’t offer that same kind of empathy and understanding,” Eileen says. “We’ve been there. We know.”

As for Zack, he loves visiting with families.

“It gives him no greater joy than to tell them to stay the course,” says Eileen, noting that he carries a picture of himself after having brain surgery, when his skull was stitched up and his eyes were swollen. He shows it to families and shares his story, and when they see him now – healed, handsome and happy – they are buoyed by hope.