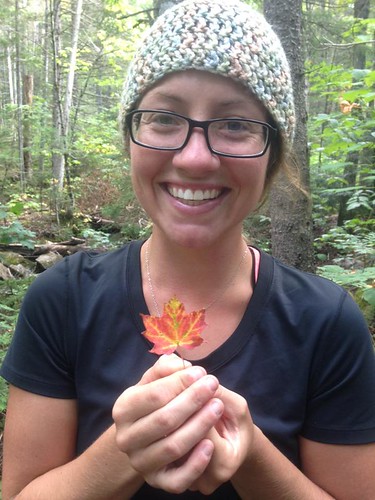 “Loving the colors changing right before my eyes,” Colleen Binkley posted on Facebook after hiking the Mahoosuc Notch known as the most difficult mile on the Appalachian trail.

Colleen grew up in the Geist area and graduated from IUPUI. She left her job at Glazers Wholesale Distributors March 22 to hike the Appalachian Trail and wrapped up seven months later in October. Hiking the trail is not for everybody, so I asked Colleen how she enjoyed her experience.

“Hiking the Appalachian Trail became a very special place for me,” says Colleen. “I met hundreds of others that set out to do the same. It’s a wonderful community that is very supportive of hikers in many ways. People always say to me they wish they had the time to hike the trail, but you have to make time, and every single person who does loves it!”

However, the trail is not without its rough times too.

“I had two rough patches during Virginia and Pennsylvania,” says Colleen. “Both times, I was frustrated with the trail and sick of being wet and tired and hungry and everything else. It became very overwhelming in the woods away from civilization, family and friends.”

Her dad, Geist resident Dave Binkley, kept in touch with her along the trail and said her biggest enemy was poison ivy.

“There’s no doctors or urgent care centers along the way!” says Dave who overnighted a prescription of Prednisone to Colleen to a pub in a remote town in Maine.

The label read, “Please hold for AT hiker Colleen Binkley.”

She got the medicine, but unfortunately, after the first dosage, her throat swelled up!

Turns out she is allergic to prednisone!

Colleen, known as Toasty on the trail (all hikers have nicknames), says along the trail, she saw a baby bear with its mother, a rattlesnake and a wild pig they named Miss Truffle.

Dave and some family members flew out to Maine October 3 to hike the final stretch of the trail as a lot of family and friends do. 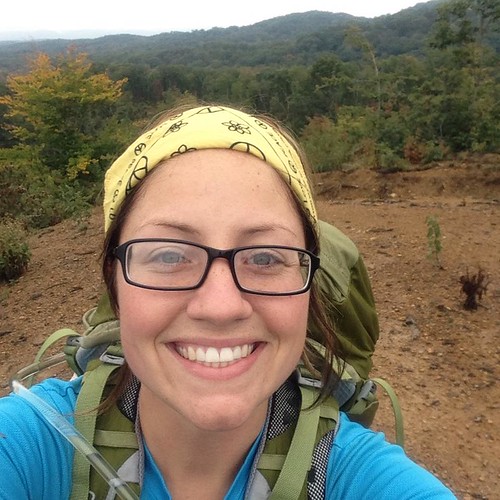 Colleen does credit her father who taught her to always seek adventure and Geist resident Tom Britt who coached her in girls basketball when she attended St. Simon, so we know where she gets her strength and stamina!

So what’s next for Colleen?

“There’s a trail in California called the John Muir Trail that I want to tackle next,” says Colleen. “It’s only 211 miles which sounds much more doable than the Appalachian Trail!”

You can check out Colleen’s pictures of her journey on the trail at facebook.com/Colleen.Binkley.