Other
Home›Other›Free Fort Harrison Summer Concerts in the Park 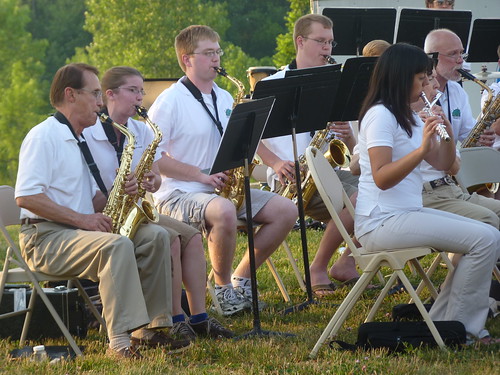 Mark your calendars! Saturday, July 19, is the Hoosier Composer’s Concert at Ft. Harrison State Park, presented by the Indianapolis Symphonic Band as part of its summer concert series, “Music on the Hill.” What could be a better way to hear Hoosier music than when performed by Hoosier musicians?

The Indianapolis Symphonic Band, founded by Bob Phillips, is approaching 60 years in music. Averaging around 15 concerts a year, the band enjoys being the ensemble in residence at the Warren Performing Arts Center and plays concerts at both indoor and outdoor venues throughout the greater Indianapolis area, including Garfield Park, Holliday Park, and of course, Fort Ben.

“The concerts at Fort Ben have been going on for close to 10 years, as I recall,” says ISB President Steven Blanchard. “We play at the bottom of the sledding hill.” The concerts, which began in June, include the upcoming Hoosier Composer’s Concert, as well as a Collegiate Night concert on August 30. Free and open to the public, the concerts are a perfect way to spend a summer evening under the stars, and attendees are encouraged to complete the event with a picnic and even their pets, though dogs must be on a leash at all times.

“We have about 50 members who play regularly with the band,” says Blanchard. The members, who represent diverse areas of greater Indianapolis, also vary in age and experience. Blanchard says that while currently band members “tend to be on the older, more mature side,” one of the organization’s goals is “to provide a place for young adults to have a place to continue their musical experience with a regularly performing ensemble.” 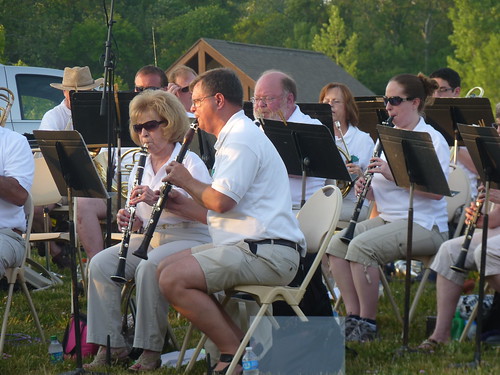 According to Blanchard, “Many of our members have been music majors in college and some serve professionally in music education, [as] music store technicians, and [as] church musicians.” Blanchard himself is a professionally trained musician, with a degree in trombone performance from the prestigious University of Cincinnati College-Conservatory of Music. “When I first joined the group in 2002, I was looking for an outlet to use those musical gifts,” he says, and he encourages other Indianapolis-area musicians looking for a similar outlet to consider joining the band. “We would like for the Indianapolis Symphonic Band to reach out to more people in Lawrence and the greater Indianapolis area, who appreciate music that is well-played in a relaxing venue.”

The band is conducted by principal conductor Joe Poio and assistant-conducted by Steve Meurer. For more information on upcoming concerts, joining the ensemble, or other questions, please visit the ISB website at indyband.org.