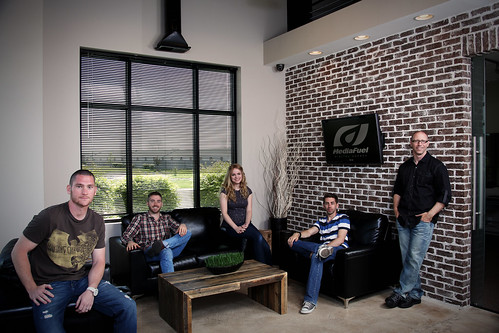 With Indianapolis being hit with one of the hardest winters in a long time, you would think that our fine residents would have fallen into a depression as deep as the snow (or as low as the plummeted mercury). Instead, MediaFuel Digital Creative Agency, a local Fishers company, set out to prove that we still have a lot to be happy about.

On Wednesday, April 2, MediaFuel’s video, titled “Indy Is Happy,” went live…and viral. Within the first five hours of being tweeted, the video received 3,000 views, and within one day, had 15,000 views. After two weeks, it was watched 50,000 times! Channel 6 called within a couple hours of its release and aired the story, that night, on the 11:00 news. The next day, MediaFuel and the video were on WZPL, Channels 8 and 13, and Fox 59. The video has been seen by all 50 states and many countries. 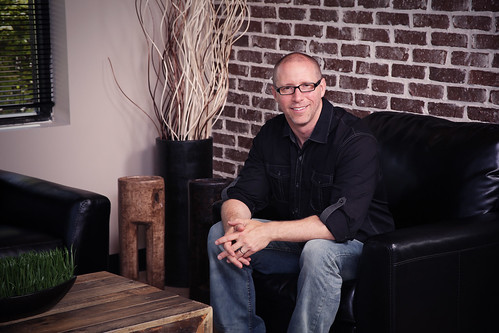 Principal of MediaFuel, Jeff Kivett, is a local guy, a graduate of Lawrence Central High School and then Ball State. He explained that the inspiration for the video came from a campaign started by Pharrell Williams: Twenty-Four Hours of Happiness. “I went to the team and said, ‘Hey guys, are you ready for the next Harlem Shake?’ The video guy came down and said, ‘I think we should do one for Indianapolis.’ We reached out to all our contacts in Indianapolis, anyone from the Colts to the Indians, to show our pride in our city.” The challenge was to turn it around quickly, before someone else beat them to the punch, and boy, did they ever. “We turned it around in about a week,” Kivett said.

In case you haven’t seen it, “Indy Is Happy” features Blue from the Colts, local businesses, the Indians, Indy Car driver Josef Newgarden, and even some of DeVeau’s gymnasts. All subjects are seen moving to the “Happy” song by Pharrell, some more impressive than others, but all bringing a smile to the viewer’s face.

If they are not making money from it, why do the video? Kivett explained, “Our intention was: we’re coming out of this hard winter…let’s do something great to showcase the local businesses and people here and let’s just remind people this is a great place to work and live. What’s funny is those thoughts carried over into the news media because that’s actually the message they used, without us saying that. With all the negativity, with all the homicides, [their message was]: here’s the positive story of the day. It is still a great city to live in. There is still a reason to smile at the end of the day.”

Jay Sheets can take the credit for all the filming and editing of the video. Most of the people he filmed dancing were pre-arranged contacts, but some were individuals in the right place at the right time. When asked to participate, the businesses quickly responded “yes!” “Everybody got excited really quickly about it,” said Kivett. People are asking when there will be a second version. MediaFuel isn’t planning one at this time, but they’re receiving ideas from many fans.

The popularity of this video shows that people enjoy getting and spreading happiness. Why don’t you give it a try and watch it for yourself? Visit IndyIsHappy.com, #indyishappy, or just search it. Indy happiness is everywhere!

A Call for Volunteers

Alyssa Sander is the Creative Director for all Townepost Media Network publications. She is a 2012 Ball State graduate with a degree in Journalism & emphasis’ in graphics, arts & architecture. Alyssa is passionate about the Lord, great design & being on the water.