Year after year, the Center Grove High School softball program ranks among the very best in the state of Indiana. In its 31 seasons, CGHS softball has never had a losing record and has won countless Johnson County and Conference Championships. 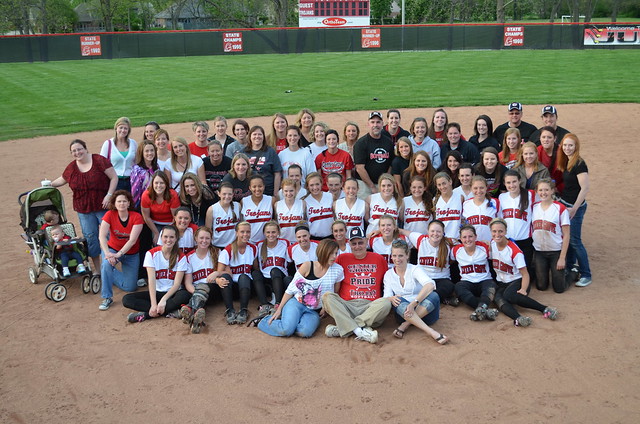 Culture of Domination
So why has CGHS softball been so dominant through the years? Head coach Russ Milligan, now in his 24th season as the Trojan skipper, credits the kids who’ve grown up around that winning culture at the Center Grove Lassie League Park.

“Hundreds and hundreds of girls go through there every year,” said Milligan. “In 1992, we went all the way to the state championship game. Any kid involved in softball or interested in athletics would go, ‘Man, it would be fun to be on that team.’ Year in and year out, we get great kids. It’s an expectation. They know I’m not out here just for everyone to play and have fun, but to generate a team, generate responsibility, generate putting it all out there.”

Milligan, the Competitor
The Trojans won their first state title in 1986 under head coach Rita Robbins. She had an impressive 89-29 record in her six years as head coach from 1985-1990. Milligan took over the program in 1992. Milligan has accumulated more than 650 wins, four state titles and four state runners-up awards. In 2013, Milligan won his 600th career game. 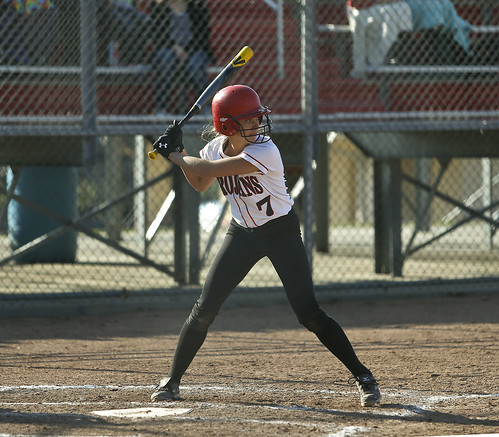 The four-year starter said Milligan instilled in them to be selfless and put the team first. “It’s more than playing ball together,” said Gwaltney. “It’s really being there for each other, trusting each other and getting each other through tough times that make you a better team. He doesn’t act as if he expects to lose. He knows we’re going to win.”

CGHS athletic director Jon Zwitt believes team chemistry is so important. “Russ does a good job of being a chemistry teacher, of trying to blend all those attitudes and personalities together,” said Zwitt.

Milligan says, “Gwaltney is the best third baseman I’ve ever had. She just loved the sport, and I think she shared my hatred for losing as much as I did. That’s what made her special. She was going to do what it took to win.”

Wood recalls one of her first times experiencing what CGHS softball was all about at its highest level. “I went to the 1998 state championship game. To see the turnout, how excited everybody was and how the team came together, you could just tell it was something special. Going to the state championship game that year with my dad and watching them, I want that, and I want to be a part of that.”

Milligan said Wood single-handedly took CGHS to the state title game twice. “Even though we played good defense, we had very little offensive support. She was one of those dominant forces that most state championship teams have.” 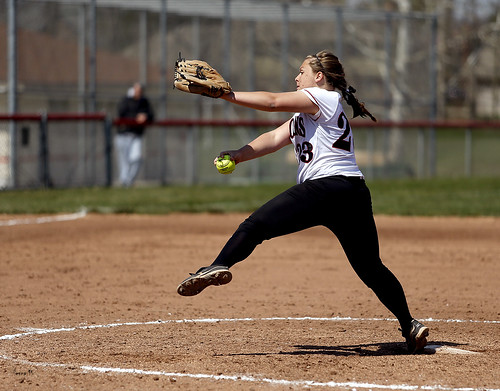 Milligan takes great pride in seeing his players continue their softball careers and education at the next level. “At the very minimum, I haven’t beaten the love of softball out of them,” Milligan said with a smile and chuckle. “Every one of my seniors is having the best year of their lives.”

Senior Abbey Pratt, a three-year varsity letter winner, was the winning pitcher for Milligan’s 600th career win during the 2013 season. As Pratt concludes her final season this spring, she reflected on her four years as being a part of the CGHS softball program.

“CGHS softball has taught me about tradition,” said Pratt. “Tradition here is winning, being competitive, always working hard and being efficient at everything we do.”

CGHS senior first baseman and four-year starter Mallory Baker has committed to play softball at Purdue University. “It’s bittersweet as it’s coming to an end,” said Baker. “This is something that’s been really important to me. I’ve grown up idolizing all the seniors. I just hope to carry on the tradition that they [previous seniors] left for us.” 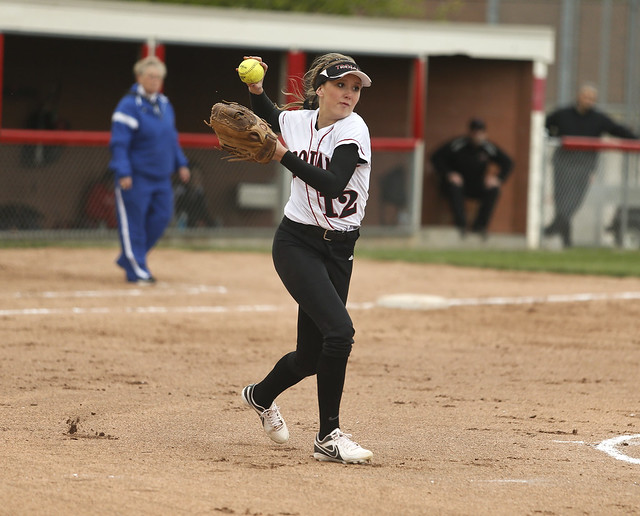 Prepare for Success
Milligan is a stickler for preparing his players for every situation. From requiring every player to execute two consecutive bunts in practice before going home to running as hard as they can to first base every time they hit the ball in the game, Milligan tells his players their goal every season is to compete for county, conference and state championships.

“We don’t come out, break down and say, ‘Win State,’” Milligan said. “We break down and say ‘hustle.’ We break down and say ‘intensity.’ You have to have those intangibles in order to win state. Our goal is to work on every little thing and have zero weaknesses in our teams, so that there are no surprises. Every defense you can think of. Every offense and way to get the ball in play. We work on all the little things. When they are truly believed and taken wholeheartedly, then typically you go a long way.”

And they do. The Trojans have won five state titles, more than any other school in the state.

Honey Bees, Our Most Efficient Pollinators