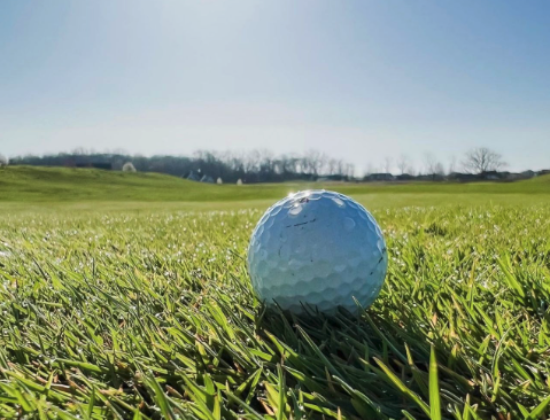 Be the first one to rate! Submit Review
Post Views: 885 When Roger Underwood was 14 years old, he would ride his moped to the golf course with his clubs slung over his back to play a round. Now Underwood lives in the Hickory Stick neighborhood. The community was developed in 2004 as part of a planned urban development located in the heart of the community, just two miles south of Center Grove High School.

“There’s a high-end custom homes section, an empty-nester section and a garden-home section,” Underwood says. “There are these villages within the community that sprawl around this planned urban development, and in the middle of it is Hickory Stick Golf Club.”

During the 2008 recession, those who owned the property endured hard times. Interestingly, all this time the neighborhood and the golf course have remained separate legal entities.

Two years ago, members of the neighborhood heard rumors that the current owner was interested in selling to a land developer, which would close nine holes of the course. Underwood didn’t like the sound of that, so he and four others – Todd Kuebel, Tyler Keller, Dick Buergler and Peter Szostak – purchased ownership of the property in March of 2022. Their mission is to not only improve the golf course itself, but also build a stronger tie with the community by offering more than just golf.

“We think there’s been a miss for the past 15 years since there has been no engagement between Hickory Stick the golf course and the Hickory Stick residential development,” Underwood says.

Given that the property sits in the middle of several gorgeous communities including Aberdeen, Kerrington Proper, Kensington Grove and Waters Edge, possibilities abound. For instance, they have plans to offer full dining options at the clubhouse, akin to Big Woods Franklin restaurant at Hillview Country Club. They would love for community members to come to the clubhouse for a drink and dinner on Friday or Saturday night, instead of hopping in their cars and driving 20 minutes to downtown Greenwood.

Other plans include concerts on the range, community card nights, bourbon and cigar nights, and special holiday events.

“We just want to give the community something local and casual, like maybe a band and fireworks show on the Fourth of July,” Underwood says. Other ideas include a Valentine’s Day dinner, Kentucky Derby shindig and Indy 500 party.

This isn’t to say they’re downplaying golf in the community. Quite the contrary, as they’re working to improve the golfing experience. Designed by Tim Liddy, the Irish links-style course has full irrigation, bank grass fairways and a nice design. “We’re making investments in maintenance-type activities to get the premises and property up to where we want it to be from a standards perspective,” Underwood says.

They have refreshed the landscaping around the clubhouse and have plans to repair the cart paths and parking lot, and add sand to the bunkers.

In the spring of 2022, the Hickory Stick team hired Brian Hollingshead, a Center Grove grad, to be general manager of the property. He immediately recognized untapped potential.

“We believe there is significant opportunity to expand the current offerings of Hickory Stick,” Hollingshead says. “One of the things we did right out of the gate was develop some programming.”

He established a deal with the Brad Fellers, owner of the Golf School of Indiana, to host women’s clinics and junior clinics.

“Brad is one of the state’s top fitters for golf clubs, plus his staff runs programming all over the state,” he adds. “We thought it would be a good partnership to let Brad and his staff come in and help put on programming, knowing it would be done at a really high level.”

They’re focusing on those individuals who don’t play a lot of golf so that when they show up, they feel right at home. Their five-week Intro to Golf, designed specifically for women, breaks down barriers that make the sport seem intimidating.

“The class covers everything from where to park and check in to golf course etiquette,” Hollingshead says. All classes offer a 6:1 student-to-instructor ratio, which allows for a good deal of personalized attention. They are also offering some Nine & Wine golf clinics geared for female audiences. Hickory Stick is pleased to have established a tighter relationship with the Center Grove school corporation. The owners want the high school golf teams to make Hickory Stick their home to practice and have matches.

In the past, golfers have complained that it takes too long to play a round of golf at Hickory Stick because so many people are often packed on the course. To remedy this problem, they’re now offering more staggered tee times and some player assistance on the course to help move people around.

“We want to improve upon the overall golfer experience,” Hollingshead says.

“We want everyone to know that the door is open for them to come any time they want, whether that’s to play golf, have a drink, grab a bite to eat, or shop in the pro shop,” Underwood adds.