HSE freshman Jayma Ferris and sophomore Valerie Obear are not your typical athletes. In junior high, both girls began to excel in a sport historically dominated by men – wrestling. Despite facing criticism, confusion and complete shock, Ferris and Obear have proven that wrestling has no gender. 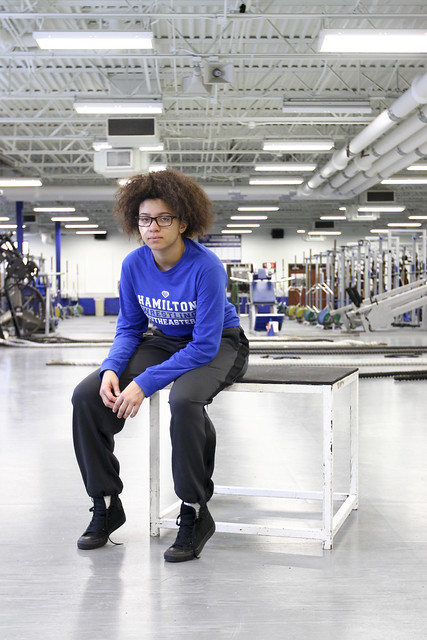 “A lot of girls try wrestling but don’t end up sticking with it because it is a tough sport,” said Ferris. “Some of [the criticism] can put you down, but you can take most of it and put it towards proving them wrong. You can take the criticism and show them that yes, a girl can wrestle.”

As the only females on the high school wrestling team, the girls have pioneered their way into the sport.

“Although we are the only female wrestlers, I feel like I kind of push her, and she pushes me,” said Obear. “We help each other.”

But being the only girls on the team is not the only thing that the wrestlers have had to overcome. Over the past two years, Obear has torn both of her meniscuses from wrestling. After having invasive surgery to repair the cartilage, she has been working to overcome her injury and accomplish her goals.

“I missed a lot last season [from the injury], so I have really been working on becoming fit and getting my strength up,” said Obear. “Hopefully, I will become varsity.” 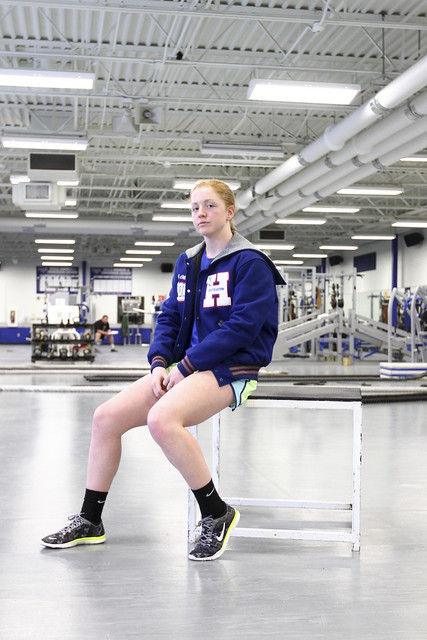 Despite only being a freshman, Ferris is pushing to become a part of the varsity roster during her high school wrestling career as well.

But for Obear and Ferris, wrestling is more than just a sport. For them, it is both physical and mental, something that they feel grows them not only as an athlete but as a person.

“You learn so much about yourself,” said Obear. “You push yourself harder than almost any other sport. Wrestling works your whole body and your mind.”

“It matures you and changes your mindset about a lot of things,” added Ferris. “It helps you grow.”

As for the future, both athletes hope to draw more girls into the sport and prove that wrestling is for everyone.

“Nobody really thinks of a girl wrestling until a girl wrestles,” said Obear. “If you like the sport, stay with it.”