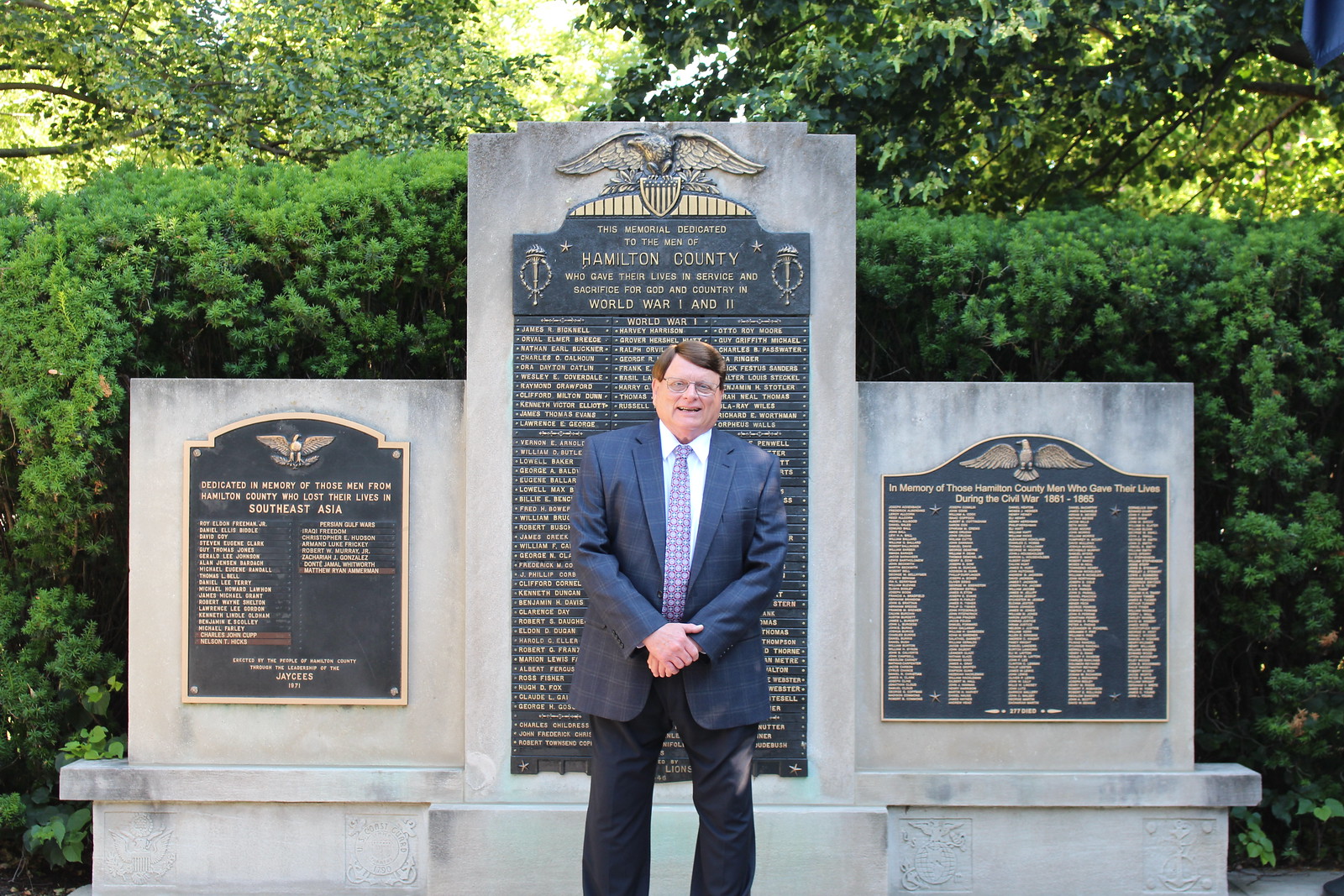 This year’s July 4th celebration in Noblesville will be led by former teacher and Grand Marshal Bruce Hitchcock. As Grand Marshal, Hitchcock will ride on the back of a vehicle provided by Herr Chevrolet with Mayor Ditslear and be honored for his commitment to the Noblesville community. But Hitchcock’s presence in Noblesville began long before now, dating all the way back to 1969 when he became a teacher at Noblesville Junior High. After 10 years at NJHS, he took a transfer job to Noblesville High School, which he said is where he always wanted to teach.

“When I decided in college to become a teacher, I always thought [about teaching] high school,” Hitchcock said, his large coffee seated next to him as we spoke at a table in the popular Noble Coffee and Tea on Logan Street. “In the late ’60s, for my experience level, there were not that many jobs available, so I took a job at the junior high. While I very much enjoyed my time there, it was always about teaching high school for me.”

Arriving at NHS in 1979, Hitchcock very soon began to make big impacts on the school and the student body. Not only did he work on establishing strong AP/ACP U.S. History classes at the school, but over 29 years, he took more than 500 students on over 60 trips to our nation’s capital. This tradition started, he said, when he received a letter in his school mailbox from a seminar program called Washington Workshops.

“I’d never been to Washington, and I thought, ‘Well, sounds like a pretty good opportunity.’ So I found three students who were willing to go, and we went over spring break of 1981,” Hitchcock explained.

After about 14 trips to D.C. with Washington Workshops, it began to get expensive for the students to go on the trips. Knowing his way around D.C. pretty well by then, Hitchcock was able to link with Congressman Burton’s office and the JFK assassination records’ review board, a board created by Congress to release as many documents on the assassination as possible.

“I was able to make contact with the director of that review board and ask if he could use any student help. He said sure, and we arranged to bring student groups for a week at a time,” Hitchcock told, obviously very interested and proud of his students’ work in a very big and pivotal moment in our country’s history. “The board would put them to work doing some clerical work, and the students got to meet many of the review board members.”

After the board ceased to exist, the other trips that the students made to D.C. were to intern at Congressman Burton’s office. There, the students went to the office and worked 9 a.m. to 4 p.m. for three days running errands, sorting through documents for hearings and observing how a congressional office works on a day-to-day basis.

“It wasn’t just a trip where we were tourists. The students dressed up every day, and it was not uncommon for people to stop and ask them for directions because they thought they worked there,” Hitchcock added with a smile.

Now retired and no longer going on trips to D.C. with NHS students, Hitchcock was very surprised to find out he had been selected to be the Grand Marshal for this year’s 4th of July celebration. He himself made a statement that he is a very quiet individual, and in the middle of our discussion, a former student of his, Chris Jensen, who is now on the Noblesville City Council even came up to us and said, “I can’t believe he let [becoming the Grand Marshal] happen, all of this celebration!” 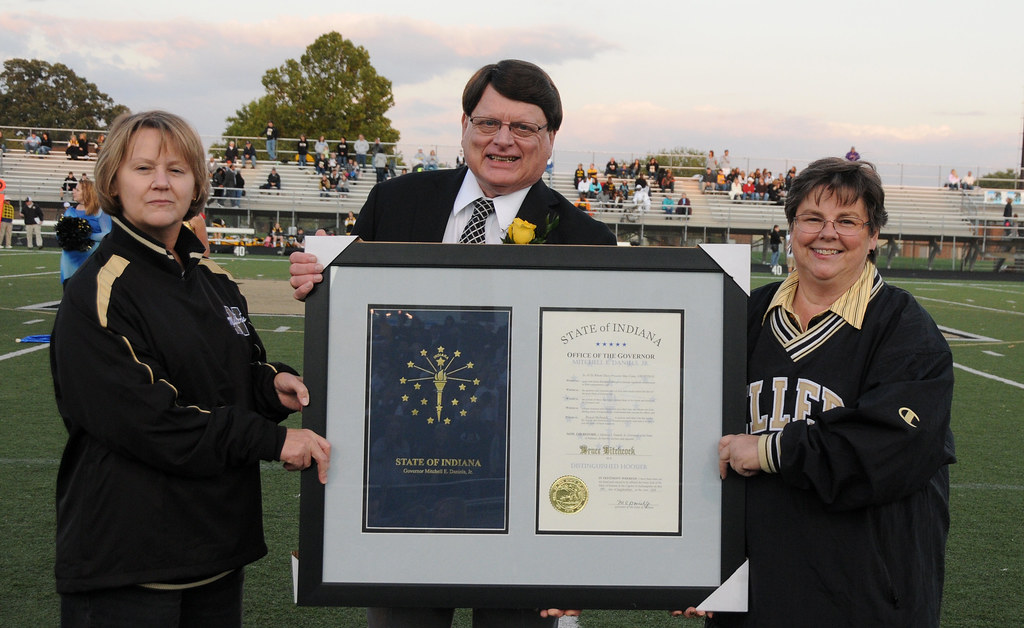 “I was very honored [to be picked as the Grand Marshal] and gratified towards whomever was kind enough to select me, particularly with it being the bicentennial as well. I am sure I will enjoy it, though I am not normally someone who would say, ‘Ok, let’s go be in a parade,’” Hitchcock said.

To Hitchcock, the 4th of July is more than just a hot day in the summer where we get to cook hotdogs on the grill and watch fireworks.

“I have always been fascinated and interested in the era of the Declaration of Independence, the process by which it was done and the individuals that were involved,” Hitchcock said. “To me, the 4th of July is really a chance to celebrate the history of this country, the good and the bad, and see where we have come from. I wish in a way we could get away from the July 4th sales and the commercialism, even though it is a part of the country, and that we would spend more time to help inform the country on what the holiday is and what the true meaning is.”

You can see Hitchcock and the rest of the celebration, including a parade and fireworks, on July 4th in downtown Noblesville from 5-10 p.m. Information for this celebration can be found at noblesvillefireworksfestival.com.

Demi Lawrence is a freshman at Ball State University. Demi enjoys reading, spending too much money on concerts and taking photos of her friends.