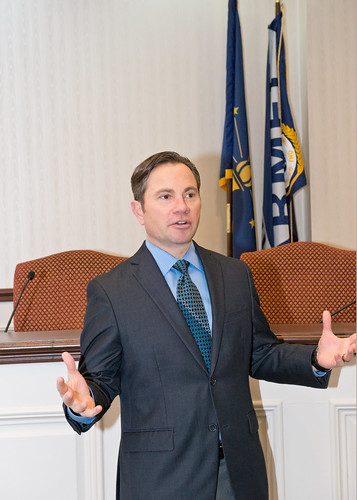 According to the Superintendents of several large suburban school districts, Indiana’s current school funding formula jeopardizes the long-term sustainability of their schools. Surprisingly, school systems in communities that have experienced explosive commercial development in the past few years, such as Westfield and Fishers, are suffering from the same financial shortfalls as Carmel.

So why are the schools in some of the state’s most affluent communities, paradoxically, experiencing a funding shortfall while school systems in other less prosperous areas of the state are doing much better? More importantly, what are the respective superintendents doing to alleviate the problem?

To find answers to these questions and the plans for 2015, I recently sat down with Dr. Nicholas Wahl, the Superintendent for the Carmel Clay Schools. As part of CCS’ strategic planning for this year,  Wahl will be engaging the stakeholders and talking and listening to them about their future expectations for the Carmel Clay Schools. To address specifically the funding formula crisis, CCS has joined a group of school districts suffering from underfunding from the state known as the “Indiana Fix-It Coalition.” In order to understand the funding shortfall problem, you must first have a general understanding of how schools are funded in the State of Indiana. Indiana’s school funding is a structure with specific funds which are typically restricted for specific uses. For example, funds for capital improvements such as new buildings or their upgrade cannot come from the general fund just as local property taxes cannot be contributed to increase the general fund. (See Slide A)

A partner in the Indiana Fix-It Coalition, Mike Shafer, the CFO for the Zionsville Community School Corporation, has produced a presentation for the coalition that establishes where schools like Carmel. Zionsville, Fishers and Hamilton Southeastern are on the distribution chart and how they compare to high poverty schools such as IPS when it comes to the state funds received. The funding formula [for the general fund, which is the fund that must be used to pay teachers] as it is currently set up, is made up of two major components,” Shafer stated. “One of them is that foundation and is equal to about 80 percent of the funding that goes to school corporations statewide. The other piece is a variable piece called the ‘complexity grant’ that is designed to provide about 20 percent of the money that goes to school corporations. However, it is variable so each school corporation gets a different amount of money and therefore a different percentage of financing from that complexity piece. The way that the funding formula is set up, that works for the majority of the school corporations in the state, but there are a number of us who are actually getting far less money that we really need to survive and operate. We looked at the school corporations and we plotted the amount of money that each school corporation receives on a per pupil basis versus their ISTEP scores,” Shafer explained. “Not that we’re big proponents of ISTEP, but it is a uniform benchmark where you can get data across the board for all of the schools in the state and one of things, ironically, when we’re talking about the schools that are disproportionately underfunded, you’re also talking about schools, that for the most part, are high performers. The highest performers in the state are those that are worst affected by this problem with the funding formula. If you take the top 25 performers in ISTEP, 21 of them are in this group. When you look at the total amount of money per pupil, we are tied for third least. School corporations like Carmel, Westfield, Zionsville, Southwest Allen, Hamilton Southeastern, etc., we are all pretty much down at the bottom receiving several hundred dollars, per pupil, less than the state average as a result of the issues with the way that the funding formula is set up and how it operates.” (See Slide B).

According to the Carmel Clay Schools Legislative Priorities 2014-15 report submitted by CCS, “The CCS general Fund is currently listed as third from the bottom in per pupil funding in Indiana and is presently a growing school district. The state needs to continue to address the discrepancy in per pupil funding between districts currently determined by the complexity index. The state instituted budgetary cuts to Indiana school systems in January 2010. It is very important that those funds be fully restored. The state needs to incorporate within the funding formula an annual cost of living increase to public school systems in Indiana thus reducing the need for an operational referendum. Due to the lack of funding from the state, the voters in Carmel passed an operational referendum in May of 2010. It is important that these dollars not supplant state funding. If corporations continue to experience funding deficits, the state should allow corporations to extend a referendum beyond the initial seven years. It is imperative that the state continues to explore flexibility between school funds during extraordinarily difficult financial times to assure adequate dollars in the General Fund. This will allow long-term stability and continuity for essential student instructional services. It is important that the state fully fund state mandated programs. Unfunded mandates steal precious dollars from a corporation’s general fund.” 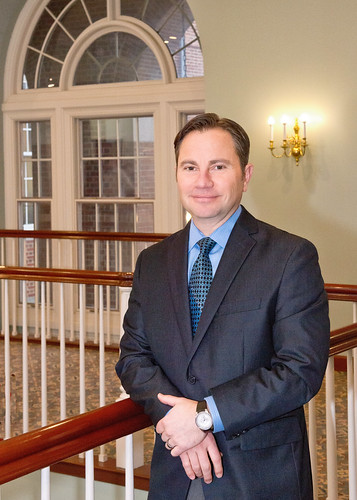 “I commend the Board of Education for CCS who have adopted a legislative priority list that we are sharing with our elected officials, senators and representatives to talk to them about this funding challenge that have right now,” Wahl explained. “The purpose is to listen to them but hopefully is an opportunity for them to listen to us as well. As we sit here, CCS is the third lowest funded school in the state, per pupil, so that challenges with that are we have nothing in there in the funding formula that allows for us to deal with the ever changing needs and just cost of living issues. As we take care of our students, teachers, programs and facilities we’re connected to this funding formula that all flows through the state house. That control is at the state level and not at the local level. I think that the real challenge that I see with this is, if a principal comes to me with idea about a program or initiative, I have to ask them how they plan to sustain the program once they start it. The greatest deficit that I see in the school funding formula is, it’s not sustainable to public school corporations to fund what we do for our students. It is reliant on a cycle of referenda for all school communities if they want to maintain their current program offerings to their school community. That is not sustainable. The referendum is in essence an additional tax for our constituents to just maintain what we are doing. We are not asking for increases in our programs or offerings just to maintain our current level of offerings.”

“CCS would like to maintain their programs and were able to sustain their programming by passing their referendum in 2010. However, they face the reality that additional referenda will be necessary if the state legislature does not remedy the flaws in the existing funding formula.”

[…] a great focus being placed on the school funding formula this session, Schaibley shared an update on the progress made during the first weeks in […]