He could have set up shop just about anywhere. Jay Love’s software company is, like most tech startups, dependent largely on the Web and a staff of software engineers and sales people. Having already successfully launched another tech company (eTapestry), Love knows what it takes to survive and thrive—and where to locate such an enterprise. Jay Love chose Lawrence. 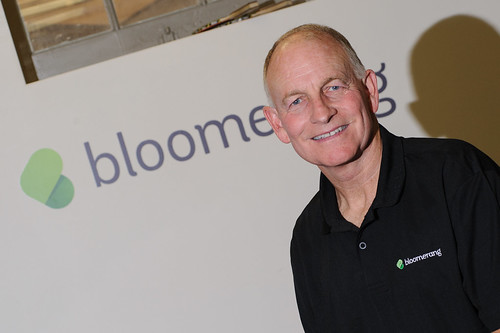 Bloomerang is Love’s current project, located in a former army post building just off of 56th Street near CVS. He and the tech staff provide a software suite to help not-for-profit companies manage their fundraising: “All the recordkeeping, including keeping track of all the financial transactions associated with their fundraising, all the details about every person, company and foundation in the database, and also all their communications,” Love explained in a recent conversation at the firm’s headquarters. “It does all the emails, all the letters. It really becomes the lifeblood of all the revenue generation for small and medium-sized not-for-profits. We work all over North America.”

Why Lawrence? “We knew it was a convenient location. It’s a straight shot down from Fishers; people in Hancock County can get here without getting involved in the I-465 mess. And Broad Ripple people can come right across 56th Street,” he said.

While he’s primarily focused on Bloomerang’s continued growth (the company adds one employee a month, and has exceeded initial revenue projections by 150 percent), he also keeps an eye on Lawrence and its growth. “I think this area offers a lot of untapped potential. It’s very economical for the office space. Where else are you a few blocks from one of the largest state parks, that provides amenities for a very economical season pass? And, we like the fact that it has the feel of a college campus here.”

Gerry Hays, a business professor at IU Kelley School of Business, thinks Bloomerang’s presence in Lawrence is significant. “It’s all about energy…and for a startup company to infuse that community with energy and show everyone else ‘we can do this,’ it helps them coalesce around a strategy and to get them focused on ‘let’s do more,’” explained Hays, who is also a co-founder of Slane Capital, a local business investment firm. “It allows the community to really focus on attracting other businesses and get behind certain incentives and certain strategies to make that happen,” Hays added.

It’s an opportunity Love embraces. “Being a Lawrence resident, I hope we are part of bringing revitalization to this area. It would only take two or three companies like Bloomerang to make a huge difference here.”

There are, however, challenges. Creating an attractive mix of work and play amenities is key to attracting additional startups. “I think we’re moving in the right direction, but perhaps at a glacial pace. Can you imagine streets with these traffic counts in Hamilton County or Broad Ripple, how fast they would have built in? It’s a shame we don’t take this image and turn it into something special,” Love noted. 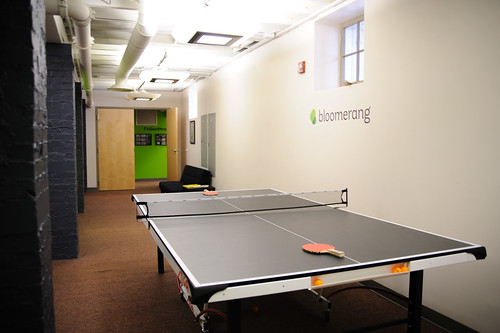 Chris Barnett heads the Lawrence Community Development Corporation, which supports the public and private sectors with business development and retention strategies, and selling Lawrence as a business destination. “We build on the strengths,” he said. “Part of it is often a self-reinforcing movement. First, one [new business] comes and a second, and then people get new ideas and start new companies. The amenities don’t change because they have a new idea. They already know the place and are more likely to stay and work,” Barnett added. “Other entrepreneurs want to be around proven companies, so I think it’s a real advantage for Lawrence.

I really think you could see [Bloomerang] spawning the next generation of companies in Lawrence,” Hays offered. For Hays, a key task for city leadership is to lift up firms like Bloomerang—to be intentional about telling the success stories. “A rising tide lifts all boats,” Hays explained, citing ExactTarget as an example of success leading to spin-off firms. “I could see the same thing happening for Lawrence.” 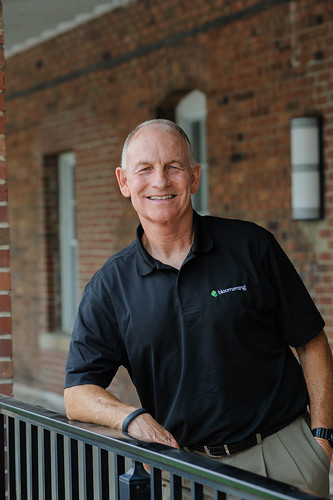 Love has a wish list that he said would contribute mightily to attracting more tech firms to Lawrence. “What would help us a lot on hiring and recruiting is if they could finish filling in the main town part of Lawrence with the Reuse Authority,” adding that he understands the recent economic challenges have contributed to slower-than-expected growth. But he likes what he sees in the city. “I think there are a lot of sound economic and cultural-related reasons for people to be here. The first time I take a potential employee into the state park, it’s like taking them to New York and looking at skyscrapers—and it’s just five minutes away!”

Love’s thinking is long-term, hopeful that Bloomerang will bloom into an employer of 200 or so workers. In the meantime, he’s content improving his product while adding techies who earn well above Marion County’s average salary.

Jay Love could have gone anywhere. He chose to stay home in Lawrence.

Geist Dance Instructor Competes on “So You ...