Imagine meeting someone whose kindness, compassion, joy and positive attitude has such a profound impact on you that it changes your outlook on life forever. Now imagine a week later losing that person forever.

For four Purdue men — Ben Waters, Bryan Hall, Jake Clark and Nik Rose — this is their reality. They’d only known their friend, Sigma Chi pledge brother and 2012 Lawrence Central High School graduate Xavier Somerville, one week when he tragically died on the night of September 3, 2012. But in that short week, the four say Somerville made an impact on them they’ll remember for the rest of their lives. 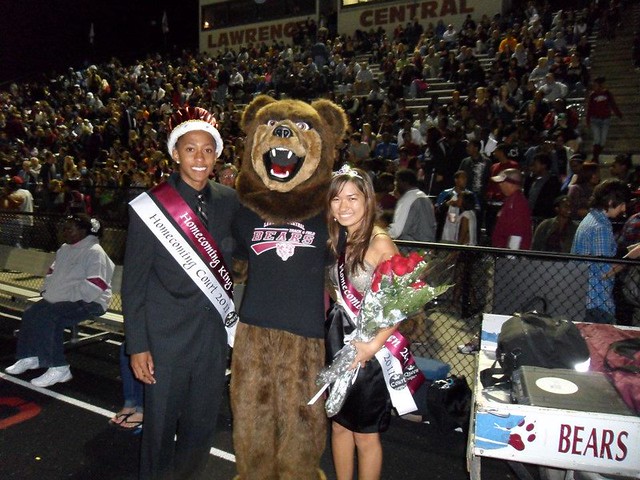 “Xavier and I met on the third day of college,” said Waters. “It was an adjustment period for everyone. Meeting new people is hard but not when someone like Xavier is in the room. He brought a whole new energy and joy. He immediately welcomed everyone in and made them feel like very close friends, a gift not many people have. His happiness and the way he went about his everyday life are what made him the person he was. Hearing all the stories from the people he grew up with only strengthened the extremely positive things we already thought of Xavier. He was one of those people that made everyone who met him feel very thankful that they got the chance.”

Hall added, “I knew Xavier only a short time. We were all given our bids to Sigma Chi and starting to really get to know everyone in our pledge class. When we finally were getting close, Xavier was taken from us. I can only imagine how his childhood friends felt. Everyone always wanted to be around him because of how positive and happy he was. He put a positive spin on any situation and made everything so much fun. If everyone loved life the way Xavier did, the world would be a much happier place to live.”

Recognizing what a rare gem they saw in Xavier, the pledge brothers decided to carry on his legacy by starting the Xavier Project. At the focus of the project is one central question: If you had one week to impact the rest of someone’s life, what would you do?

This summer, the four men will embark on a journey in an RV visiting 14 colleges from coast to coast, Eugene, Oregon, to Gainesville, Florida. Their mission: to inspire people to make the greatest impact on people’s lives in the shortest amount of time. They’ll spend five days at each of the 14 campuses.

To start, they’ll interview local residents and ask them the central question: If you had one week to impact the rest of someone’s life, what would you do? Then the four team members will review the answers and deliberate to select the person who they feel would make the greatest impact. They’ll spend the remaining four days helping that person devise a plan to make an impact and carry it out.

The four fraternity brothers will take plenty of video footage throughout the journey, and in the end, they’ll create a documentary showing the world what it means to truly make an impact. “We want the documentary to be a testament to the huge impact Xavier had on us in such a short amount of time,” Hall said. “We want to share that with the rest of the world as we spread the same love he had for life and positivity across the country.”

This ambitious project seems overwhelming for the four soon-to-be seniors who would be embarking on their final summer of freedom. At a time when thoughts of most seniors turn to the home stretch of college, interviewing and selecting the “perfect” job, these four are determined instead to spend the summer paying it forward.

“When we finally decided on this project, we knew it had to be this summer. We knew we wanted to do something for Xavier, and we actually chose now because it was our last summer of freedom,” Waters said. “I think as a group we can all say we view it as more of an opportunity than a commitment. We have an opportunity to go out and make a positive impact on people every day all summer and put 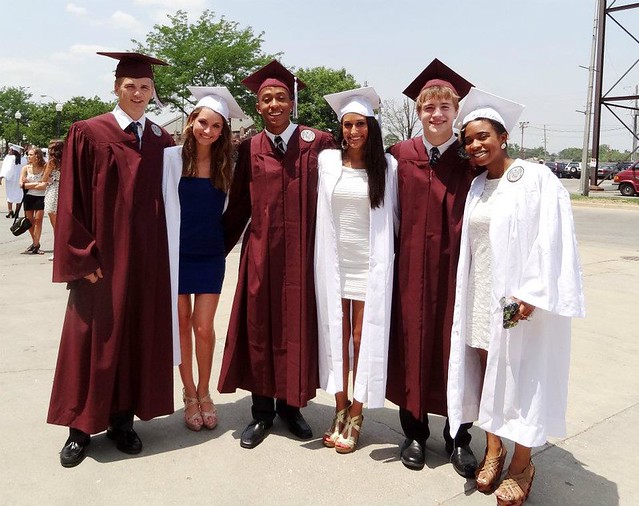 smiles on people’s faces, just as Xavier did. Not many people get that chance to go out and do what we’re doing, and we are extremely excited about it.”

Clark agreed, but while the men see it more as an opportunity, Clark recognizes the project is not without its sacrifices. “We understand that financially it’s not beneficial compared to most kids taking summer jobs and making money, but we understand that it can be even more beneficial in so many different ways. Xavier deserves the attention and honor that this would bring to him because of the wonderful life he lived. I wanted to make a difference and have an impact on others’ lives. Now I’ll be able to do both. It’s a big time commitment, but it will not only make me become a better man for my future but also spread the impact Xavier had on everyone, hopefully causing a ripple effect of good deeds by sharing the love Xavier had for life.”
While the teammates are spending the summer focusing on giving, they also hope to gain something from it. “I expect to take some time for self-reflection,” Rose said. “So much of our lives we spend working on things for other people like teachers, friends and parents, but we often fail to take time to look at ourselves. This project will allow us to look at certain characteristics of Xavier that people loved so much and reflect on how we can make changes in our own lives to improve upon areas where we’re lacking. I also hope to become more selfless and go out of my way to help people more often.
I think this project will change everyone’s lives for the better, not only the group of us who are working on the project, but for the people we surround and touch.

“I think the change will come within each person trying to better themselves by helping the people in their own lives. I often feel that I take for granted certain things in my life, but when you go out and work with people who are less fortunate or in a worse situation, it really helps put things in perspective. This happened at the beginning of college, so we have a lot of time ahead of us to improve and help the people around us, our friends, families and even strangers we meet as we travel through life.”

As the four men prepare for this journey, their accomplishments will be bittersweet. As they remember and honor their friend, the trip is likely to be an emotional one. But with great maturity far beyond most their age and an attitude of positivity that has now become their trademark, the men are looking much deeper to reveal some important lessons they’ve already learned.

“I think Xavier was brought into our lives to show us that so much more can go on underneath the surface of people,” said Rose. “I also think Xavier came into our lives to help us better ourselves. As we reflect on a beautiful person and life lost so early, it helps us all understand what we can do moving forward given the opportunity we have. While I didn’t have as much contact with Xavier as people in his high school may have, it has been interesting to hear how Xavier touched different people, yet we have only touched the surface of people’s stories and experiences.” 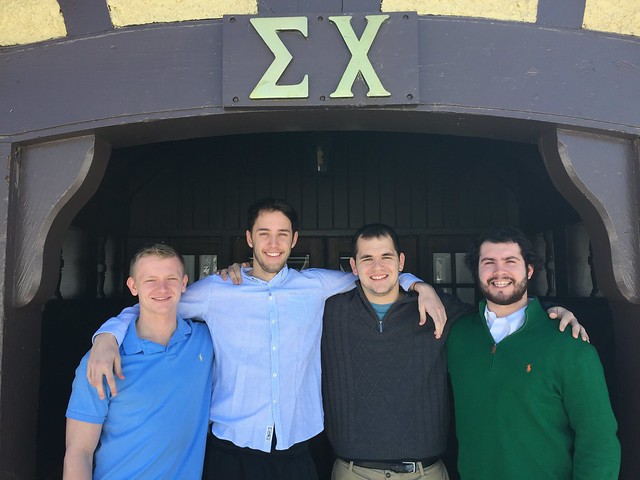 Clark remembers meeting Xavier and the impact he had on him. “I’ve never been the shy kid, but I did have a hard time meeting new people when I first came to Purdue. I recall at a gathering after class, he noticed that I was not as open as I could be, and he introduced me to a bunch of his friends. That was just the kind of kid he was. He always wanted everyone to feel included. I took that with me, and because of Xavier, I always try to include others when I see similar situations. He also brought a new level of happiness that I never really had to a certain extent. I was always happy growing up, but I did have problems controlling my stress and getting down on myself. He was always so happy and alive that it was contagious and rubbed off on me and everyone else around him. Knowing him for the short period of time that I did allowed me to understand that if I surround myself with the right people, there’s a bright side to every situation.”

The men say they’re pleased with the support they’re getting already. Hall said, “Once we went public with the project, we were all taken away with how quickly it blew up and how quickly people supported us. All his old friends from Indy have been very supportive, and we want this project to be successful for not only Xavier, but for everyone who knew and loved him.”

The team will depart May 11 and return Aug. 10. As anxious as the men are, they’ve got plenty to do with just a few short weeks left. They estimate they need to raise $30,000 to cover their expenses, so they need donations and even sponsors. You can go to thexavierproject2015.com to make a donation or inquire about sponsoring the project. T-shirts are also available for purchase through the website. Follow the team’s blog posted on their website to look for updates during the trip preparation and throughout the journey.

Xavier’s mother, Vicke Somerville, expressed she’s very proud of the boys’ project and proud of her son. There is no doubt Xavier would be proud of his friends’ work.