Thank God for Techies Working Out of Their Garage

Where would this world be without people like Wilbur and Orville Wright or Bill Gates and Steve Jobs developing greatness in their own garages? Besides their life-changing inventions, they also taught many of us dreamers to roam outside society’s typical formulas for success. A couple of young Hoosier techies, Adam and Marcie Morrison, actually stayed in college and graduated with engineering degrees from Rose-Hulman Institute of Technology in 2000. The Greenwood couple both took jobs with Rolls Royce’s aviation wing. However, after a few short years in the corporate world, they decided to fly solo and launched Streamline Designs, an engineering company focused on light, sport aircraft. The company is located near State Road 37 and County Line Road.

Flying has been a lifelong passion for Adam, who holds a private pilot’s license. He’s even working on an experimental aircraft in his garage. “When I was a kid, I was interested in aviation. I started flying ultralights when I was 14 and flew those through high school and college. I got a bug for that and knew that was my passion,” Morrison recalled. “After school, I went to work for Rolls Royce. That was a fantastic experience at a great company, with good people. But I knew I wanted to start a business in aviation. I have kind of an entrepreneurial mindset about me. In 2003, a college classmate and I started Streamline Designs. “ 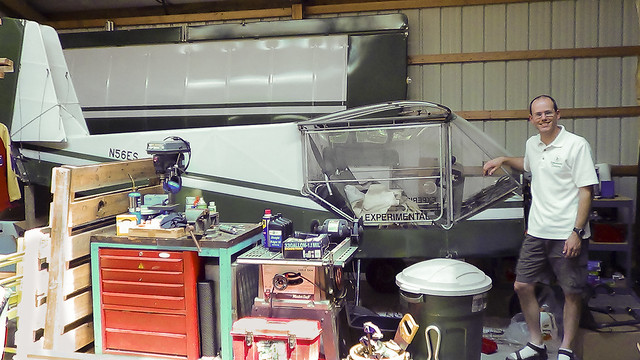 The timing for Streamline Designs couldn’t get much better. “About the same time I started my company, a new part of aviation was opening, called sport pilot and light sport aircraft. So there was an industry coming together to figure out how to make this work, how to write rules for it. I saw it as an opportunity because these were the kind of light aircraft I was used to flying,” said Morrison.

Quick Silver Aeronautics out of Temecula, CA recently tapped Streamline to design and certify the company’s first-ever light, sport aircraft, the GT-500. “That was about a 1.5-year project, where we were responsible for all of the design and flight testing. The Federal Aviation Administration approved it to be mass produced in a factory instead of being sold as a kit airplane.”

Streamline Designs has not taken out any business loans. Instead, they’ve invested their profits back into the business, which they admit is a slow growth process. To move things along faster, they are beginning to partner with companies, sharing development costs of new products. Morrison sees potential in their latest project that could help the company reach a broader market. “I can’t talk about specifics, but a new amphibious aircraft that can go on water and in the air is under development. It has some unique features on it that have not been on airplanes before. We would build those features for our partner aircraft company to mass-produce exclusively for a period. But Streamline would retain all rights to the new technology and eventually market the products to other companies.”

One of the main reasons light aircraft are growing in popularity is affordability. The power necessary to get even a light plane off the ground has always been substantial, requiring costly engines and fuel. Now the industry is experimenting with electric and hybrid engines. “We’ve helped build momentum in the attempt to develop electric-powered aircraft. We’ve helped write some standards,” said Morrison. Some laugh at the thought of electric-powered aircraft. While they are finding amusement, aerospace giants like Boeing and Siemens are pouring millions of dollars into electric and hybrid flight technology. Boeing already has a successful long-range plane with a combination of jet-fueled and electric engines. The design can save up to 70 percent on fuel cost per flight.

With Boeing and others working hard to perfect the technology, companies like Streamline Design will benefit as the entire aviation industry positions itself to make flying much more affordable. “We’re working with a company that is designing an electric-powered motor glider. This is a very light aircraft with one seat and the option for two. The electric motor would allow the glider to extend flight time,” said Morrison. “We are also designing a winch cable that would allow a glider pilot to launch the plane without a ground crew. The pilot can trigger the winch cable with a mobile device, allowing the aircraft to gain momentum down the runway in order to take flight. These are airplanes that don’t require licensing. The whole glider costs about $10,000.” 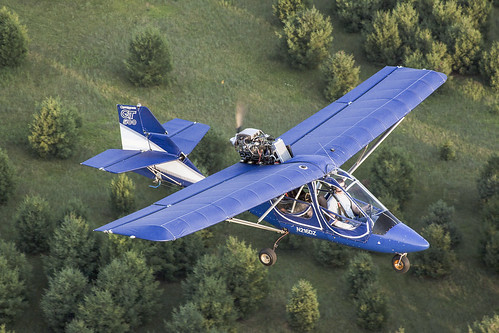 As more and more private pilots look for affordable, durable and safe airplanes, the demand for companies like Streamline Design is increasing. “The aircraft we just ran a certification project on last year is the lowest-cost, factory-built airplane that you can buy. It’s $39,000,” said Morrison. “It can be taken further, I think. With the onset of electric technology, lower cost material systems and composites, there is an opportunity to have an aircraft that is affordable to operate using gas, electric or some other in-between technology. Hybrid and fuel cells are starting to get some attention in this industry. There’s a large demand for a new design of an aircraft, something similar to the price of a new car. Something that one person can fly for one hour after work. It gets plugged in and it’s ready to fly the next day. We are working with companies right now that aspire to build 10,000 airplanes in large factories.”

The light aircraft market is also an option for companies that require aerial video but don’t want the cost of a large aircraft or the liability of an unmanned aerial vehicle (UAV). “As you look at the cost to operate UAVs safely, the FAA is kind of afraid of that right now, but they are also getting a lot of pressure. It’s very conceivable that one of these light aircraft could serve the same type of purpose and be much more affordable than helicopters for news organizations, utility surveyors and border patrol. Plus they are much more safe, having a pilot on board,” Morrison explained.

Streamline Designs has gone global. In November, the company was summoned to train manufacturers in Shanghai, China, who want to produce light aircraft. “That’s a market that is just starting,” said Morrison. “Personal aviation has been non-existent in China until the last couple of years. There are about 200 pilots in China who aren’t in military or commercial aviation.” 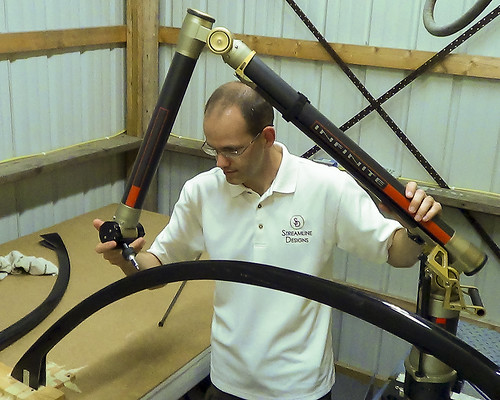 Morrison, an authority in light aviation standards, serves in a leadership role with ASTM International, a certifying organization for aviation and other industries. “When someone is looking to design or certify light aircraft under these standards and wants to know who can help them, I very quickly come to the top of the mix. The FAA even refers me,” said Morrison.

While Streamline Designs is based out of Greenwood, the company conducts flight-testing at various airports in different states. They recently spent a few weeks working out of an airplane hangar in Minnesota. When asked about the company’s outlook, Morrison says he’s considered developing a small grass runway with a hangar in Central Indiana. That would allow them more space to grow into and have the convenience of testing in their own back yard. For now, Streamline Designs contracts several engineers who work off site and in a virtual world. “There are projects where we have five or six people working but there are only two in our Greenwood office,” said Morrison.

Eventually, Streamline Designs, which can be found on the web at SportPlaneDesign.com, wants to bring more high-tech jobs to this community. They could easily take off to a warmer, more aviation-friendly area, but their roots are here and they want to help the state make Indiana a destination for high-tech workers. “We are interested in developing people in this industry,” Morrison added.