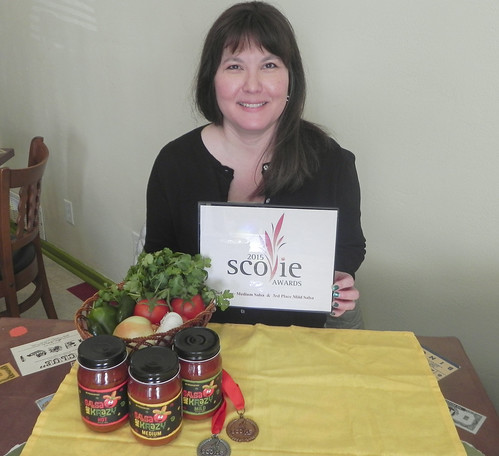 Brenda Gay had been canning and sharing salsa for 10 years when stories of how much people enjoyed it began to surface. Tales included teens hiding it in their room or individuals refusing to share. The actions were often justified with the explanation, “But it’s just so crazy good!” When friends and neighbors began to appear at her door with bags of tomatoes and empty jars begging for more salsa, the Center Grove mother of two realized she had something special.

2015 Scovie Award Winner
The positive feedback led to the November 2012 launch of Gay’s company, Salsa Me Krazy, which produces her family’s recipe for salsa in three varieties according to heat. At the 2015 Scovie Awards, scovieawards.com, in January, Salsa Me Krazy medium salsa won second place and her mild salsa captured third place. This extremely competitive contest is named after the Scoville scale, which is an index of spicy heat resulting from chili peppers. Entries are judged on taste, consistency, aroma and freshness during blind tasting sessions. Recognition from this international event is highly coveted in the food industry and Gay was thrilled to receive the awards from a field of 790 salsa products. “I sent in my samples and tried not to get my hopes up, especially since this was the first time I entered the competition,” she said. “I was so excited when we placed because this helps tell the world we do have something special.” 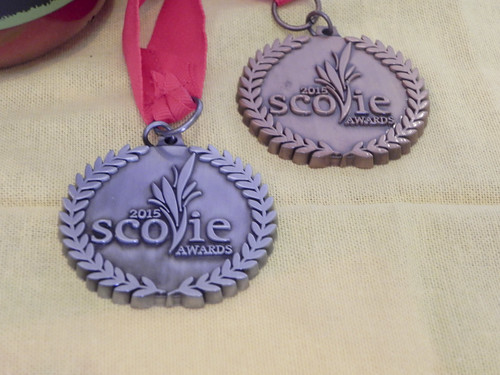 Grandma’s Recipe
The salsa recipe was developed by Gay’s mother, Rita, who came to the United States after meeting her American husband during the Vietnam War. Cooking and sharing food is part of the Vietnamese culture, so having a large garden, canning produce, and giving it to relatives and friends is a family tradition. Over time, the recipe came about and Gay says, “My mother is tickled that people like it.” Described as slightly sweet yet savory, it has no dehydrated or powdered ingredients such as fresh garlic and peppers and is noted for its fresh aroma. Testing required for labeling purposes revealed that besides being all natural, it has only 90 milligrams of sodium which is less than any other salsas sold in stores. Besides enjoying it with chips, the salsa can be used in cooking as well. Recipes ranging from Thyme Lime Chicken to Penne Pasta can be found on the company’s website salsamekrazy.com/recipies. 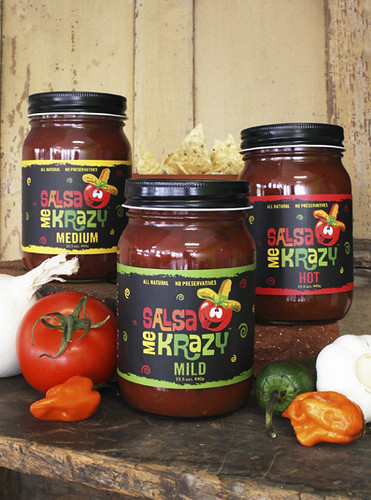 Recognition Gratifying
It took Gay a full year of research and planning before Salsa Me Krazy was ready to be marketed. She found resources at the downtown Indianapolis Public Library and reached out to Indianapolis SCORE, a nonprofit organization that offers free counseling for start and new businesses. The product made its debut at craft shows such as the Center Grove Craft Fair and the Junior League Holiday Mart. When people came back the next year asking for the Salsa Me Krazy booth, Gay knew she had a winner. It is available at Hampton’s Market, 4800 W. Smith Valley Road, and Marsh locations. Recognition received has been gratifying to the Gay family which knew all along that “Grandma’s salsa” was something special.