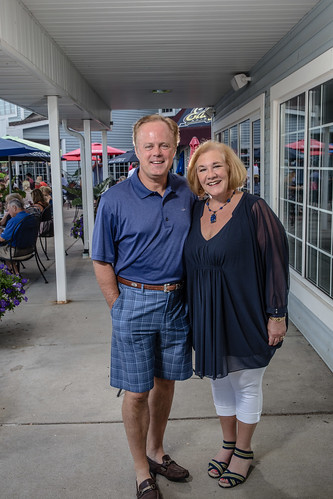 Geist residents Gerry and Roz Dick feel at home. “Geist has the feel of a small community despite its size,” shares Gerry, who grew up in Clinton, Indiana.

The couple knew each other in high school. “He worshipped me from afar,” says Roz about Gerry with a smile and a wink. “But we didn’t start dating until my senior year of high school.” Roz grew up on a farm in Dana, Indiana.

“It’s true,” confirms Gerry of the affection towards Roz. She adds, “During the winter of ‘77, we double dated, and I thought, ’I could marry someone just like him. I really like him.’”

After graduating from Clinton High School, Gerry had started college at DePauw University the previous fall to play football and baseball, but a week before camp, he contracted mono, becoming very sick. “I was admitted to the hospital with a very high fever, placed in ice packs and had to sit out a few months,” recalls Gerry.

During that winter while Gerry was home for “winter term,” he interned as an assistant basketball coach of West Vigo High School (fun fact: there was not a 3-point line in 1977). Up by 3 with a mere 2 seconds left in a rival game, the head coach calls a timeout. “He looked at every player and said, ‘We are up by 3, let them score their 2 points and we win. NO FOULS,’” recalls Gerry. “So what happens? One of our player fouls, and we go into overtime. I had wanted to be a basketball coach until that night. The internship proved to be a life-changing experience. I could not imagine having my paycheck be dependent on a high school kid.”

Thanks in great part to this transformative experience, Gerry shifted his educational focus. He transferred to Indiana State University, majored in Radio-TV-Film and worked at one of the three television stations in Terre Haute. He also worked at several radio stations, including WPFR-FM where he read the news as part of the “Breakfast Flakes” morning show.

“It was a great time to be at ISU,” shares Gerry. “Larry Bird was there at that time. It was an unbelievable experience.” 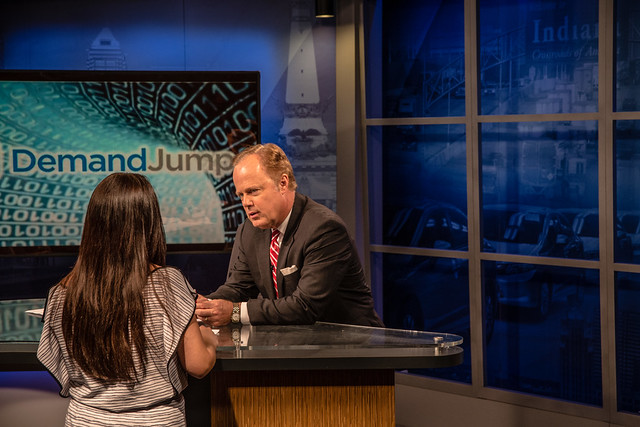 Gerry was asked by the local NBC affiliate in Terre Haute, WTWO Channel 2, if he could do the weather. He responded, “Yes, of course!” and so he became the weekend weather guy for a year-and-a-half. “[The weather gig] was the best experience I could have because I got to ad-lib for three to four minutes on Saturdays and Sundays while on the air,” shares Gerry.

After dating for five years, Roz and Gerry were married the weekend after she graduated from Purdue. Gerry had his first post-college jobs in Fort Wayne at the local NBC and ABC affiliates, and Roz worked at the Marriott Hotel. “He told me we could travel, and he could work anywhere, but our plan was to eventually move to Indianapolis,” shares Roz. “As it turned out, after just over two years in Fort Wayne, we were headed to Indy for his job as field anchor and reporter at WRTV6.”

When Roz and Gerry moved to Indianapolis, Roz was pregnant with their first child, Mary-Rachel. They moved into the Castleton area to be close to friends in one of the few apartment complexes that allowed children at the time. “This was just over 30 years ago, and times were different. That area was a hopping singles location,” shares Gerry.

Indianapolis felt immediately like home. “We just love it here. Even though we ended up in Indianapolis sooner than anticipated, it’s been great,” shares Roz.

“I remember driving out to the Geist area and thinking wow, what a great place and so close to downtown, yet feeling like you were far enough removed due to the relaxing and casual environment of living near the lake,” recalls Gerry. 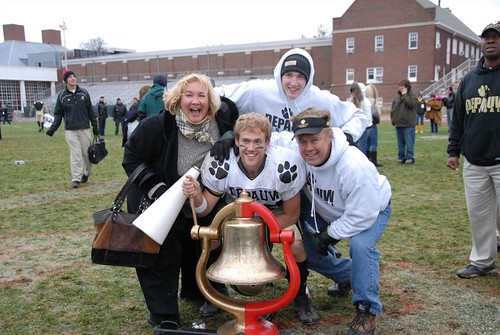 Their three children attended Lawrence Central High School, and all were involved with sports with Mary-Rachel playing soccer, Spud playing football and baseball and Reese opting for baseball after a back injury curtailed his football aspirations. Mary-Rachel, who married last year, is a sports broadcaster in the Witchita, Kansas, market. Son Spud works for commercial real estate firm DTZ, and Reese is working for Gerry’s company, Grow INdiana Media Ventures.

“Sports has always been a big part of our family vibe…Mary-Rachel was an All-County soccer player at LC, Reese a pitcher at LC and Spud was a four year starter at QB and is all-time leading passer in DePauw history,” shares Gerry.

In 1998, Gerry created the TV show, which launched as Indiana Business This Week on channels 6 and 20. About a year-and-a-half later, Gerry approached Scott Jones about a potential technology sponsorship of the show. Jones asked Gerry, “I like the show. Is there more you can do with it?”

As a result of this dialogue, Gerry and Jones formed Grow INdiana Media Ventures in 2000. The result was in-depth reporting on Indiana businesses statewide with the rebranding of the TV show to Inside INdiana Business with Gerry Dick, along with Internet, radio, e-newsletters and social media leverage. Today, his television show can be seen on 15 network affiliate and public stations weekly with radio reports airing daily on 25 stations statewide. 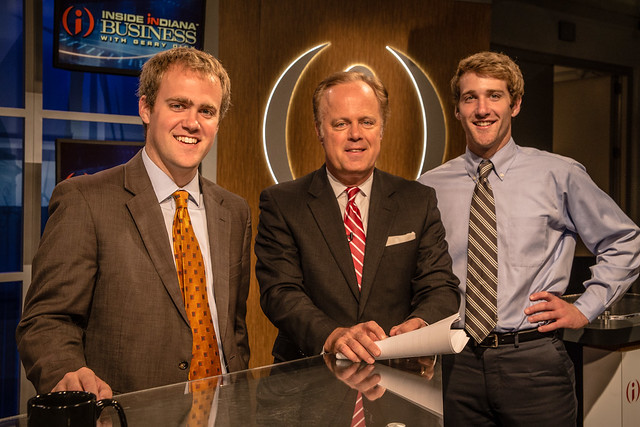 Celebrating 17 years (15 as Grow INdiana Media Ventures) of successful reporting on our state’s companies, Gerry recalls, “It was challenging in the beginning to contact other cities, but now through a consistent and persistent grassroots effort, we are able to provide in-depth statewide coverage.”

“I am so proud of what Gerry has created. I hear movers and shakers downtown that say that he raises people up. He puts Indianapolis and Indiana in such a positive light,” shares Roz.

What a great family! Down to earth, humble and are gracious towards everyone…

[…] Gerry Dick, creator and host of Inside INdiana Business with Gerry Dick, was quick to hit his button with the reply, […]