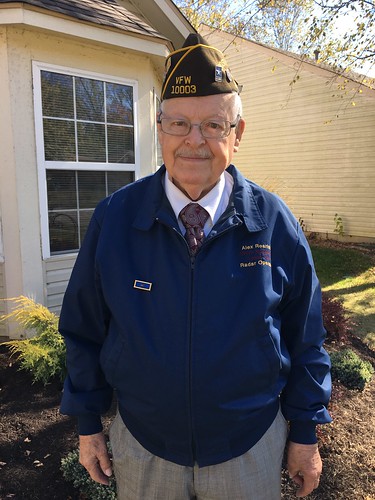 At a recent WWII Roundtable meeting, Alex Rearick shared his WWII experience with an audience of some 500 people, recounting one of the last missions flown before V-J day.

As part of the 505th Bomb Group, Rearick was assigned as a radar operator. He worked in the back of a B-29, named Lassy Too, near the gunners. The island of Tinian in the Marianas was the home base for the Lassy Too during their time in the Pacific.

On that last mission, General Davies accompanied the crew of the Lassy Too. “He asked us where Hiroshima was, which was about 20 miles to the right of us, so we flew over it, and then he asked us to fake engine trouble and land on Okinawa,” recalls Rearick. “He went to the officers’ club and campaigned. That last mission took us 24 hours from take off to landing back on Tinian.”

During his time in the Pacific, Rearick experienced a family reunion with his cousin. Rearick had enlisted because his cousin, Jack, who was five years older was home on furlough and said to Rearick, “You’re about 18. Why don’t you enlist in the Air Corps or Navy right now, so you don’t get drafted into the bloody infantry?” Rearick followed his cousin’s advice and decided that “warm barracks in the Air Corps was better than infantry, so I enlisted,” he says. His cousin’s name was Capt. J. Arden Rearick. He would go on to become a big lawyer in Chicago. His first name was Jack.

Rearick heard that Jack was in a hospital on Saipan. Rearick got a ride over to Saipan and encountered an MP and a nurse in a Jeep. “I told them I was looking for my cousin, and the nurse recognized his name and said he had been a patient of hers, but Jack was discharged and was leaving for the Philippines that day,” recalls Rearick. The MP called for a transport to take Rearick to the airfield where his cousin was located. Jack was a Captain in the infantry. 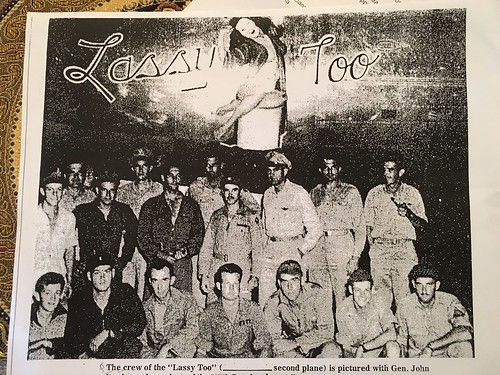 “He wanted to go to the officers’ club and have a drink, but I was an enlisted man and not allowed in. Jack placed one of his shirts on me and said, ‘Now you’re an officer,’ and we walked in like we owned it,” recalls Rearick of their family reunion some 6,000 miles from home.

Rearick grew up in Winamac, Indiana, some 90 miles northwest of Indianapolis, and his cousin Jack was from Walkerton, another 40 miles north of Winamac.

While serving in the Pacific, Rearick and his fellow crew members earned the Distinguished Flying Medal for Mission 13 over Kawasaki, Japan, on April 13, 1945. “It was a rough night mission,” recalls Rearick. “We went in low, around 6,000-7,000 feet. It’s a miracle we weren’t shot down since every gun in that town turns on you when the search lights find you.”

Rearick recalls that with the artillery being aimed at them, it sounded like bricks were being thrown at the plane. Their tail gunner was injured during that mission, and a night fighter almost collided with them.

When they returned to base, the chief mechanic looked at their plane and said, “You know, these things cost $600,000 a piece, and you ought to take better care of it.” Rearick and his crew agreed with him.

“That night, I thought I had five seconds to live,” says Rearick.

“Rearick is a great storyteller, and as such, an educator for today’s youth about the challenges faced by our WWII air crews in the Pacific Theater,” shares Park Tudor World History teacher Kathryn Lerch. “His recollection of his challenges reading a radar screen in order to bomb targets is fascinating. Similarly, his story seeing the bomb pit which was built for the Enola Gay on Tinian — but not knowing its secret purpose — links his experiences with the final missions by the Air Corps to end the war against Japan.”

After returning home from the war, Rearick went home and signed up to finish high school. The school superintendent said, “Alex, I want you to swear on this stack of Bibles that you will not teach any bad habits to these young men that you may have learned in the military.” And he promised to be good.

For more information on meetings of the WWII Roundtable, please visit WWIIRoundTable.com. 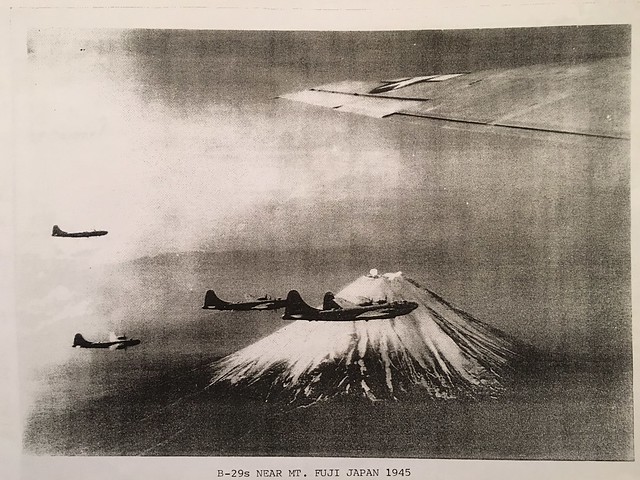