Fishers
Home›Indiana›Fishers›All You Need is Love

All You Need is Love

All you need is love. This year, St. Louis de Montfort Catholic Church’s Mardi de Montfort dinner and dance celebration will be filled to the brim with it. The four ladies chairing the event – Susan Wagner, Carole Thor, Sara Kupinski and Erin Hines – are pouring their hearts and souls into making the 13th annual Mardi de Montfort spectacular.

The event is traditionally Mardis Gras themed and scheduled to coincide with the weekend before Ash Wednesday, the kickoff of the Lenten season. This year’s event will have many of the same elements as the past years, but the committee has weaved in one element making the meaning of this event extra special. Sara Kupinski explains that since this year’s event will fall on Valentine’s Day 2015, they wanted to make it about love. That’s when they decided on the theme, “All You Need is Love.” 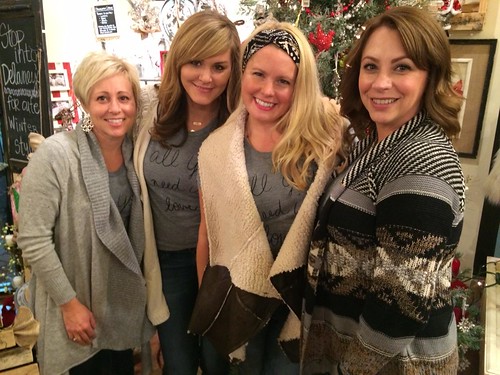 “There is such a sense of warmth and community you feel in the room during the night,” said Kupinski. “So this year it’s about all the things in your life that you love – faith, community, family, friends and more.”

Wagner agrees saying, “The night is all about relationships, relationships with the church, community and friends. It’s exciting to see a culmination of a parish wide effort.”

Mardi de Montfort is one of the church’s largest fundraisers. The proceeds go to benefit dozens of the church’s ministries and charities in the local community. The Interfaith Hospitality Network, a charity benefiting the homeless in the community, has been a cause near and dear to the hearts of the St. Louis de Montfort community for a long time. Along with several other local churches of all denominations, the charity provides for the homeless in many ways. Initially, the charity steps in when a family seeks shelter at a daytime center, but there are no beds available for the night. Buses will take the families who’ve been turned away and transport them to a local church. Once there, they will be provided food and shelter for the week.

“We’ve got beds set up here and bathrooms with showers,” said Wagner. “Our teens who put in community service hours serve them hot meals. It’s an amazing experience.”

After a stay at one church, families are transported to another church unless there is an opening at the community shelter. Wagner continues, “Sometimes St. Louis has hosted as many as four or five families, giving us 20-30 people, and sometimes there are just five people.” 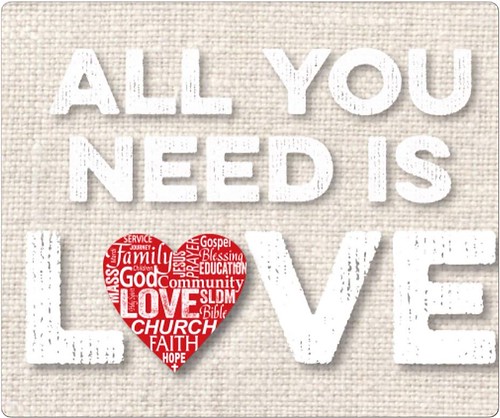 A little Mardi de Montfort love will also be visible in the in-house parish ministries, including the on-site food pantry and religious education. The Fund-A-Project ministry is the one which parishioners will notice the most. Fund-A-Project provides funds for areas in the parish that are targeted for improvement. Fund-A-Project has been credited with improving the school playground, meeting spaces, updating the school cafeteria, and technology upgrades such as iPads for the school. This year’s project is to provide upgrades to Craig Willy Hall, the space for social gatherings and Knights of Columbus meetings.

Raising funds for these projects takes a lot of planning. Organizers use Mardi Parties to gather gifts for the larger event. There are some parties for adults and others for the kids.

Wagner explains the donations involving the kids are the most heartwarming and inspiring. She describes how excited the kids get at their class gift gathering parties. Kupinski tells about the third and fourth grade Glow-in-the-Dark Kickball Mardi Party where 60 kids were in attendance. “It was pure chaos, but the kids had an unforgettable time.”

Wagner has one gift gathering memory that stands out. “One of the children had a birthday, and instead of asking for gifts for himself, he asked friends to bring one sports item to be donated,” she said. In the spirit of charity, the children delivered and filled the box with athletic gear, balls and more. A group of first graders did a similar thing when they gathered a box full of donated Legos.

The ladies agree that the Mardi Parties, the planning and hard work is a lot of fun, but they’re anxious for the big event. They’re expecting more than 300 guests out of the 1,400 invitations sent out. Thor explains they’re pleased with the numbers, and it shows that attendance continues to grow.

At the forefront of this fundraiser will be a live auction and silent auction. A plethora of exciting items and packages will be offered. “The challenge is always finding new and exciting things to offer,” said Thor. “But guests also want to see their old favorites up for grabs.” A romantic trip to Napa with a wine country tour and a New York City Broadway trip are among some of the exciting items up for auction. A pair of One Direction concert tickets on the floor level are sure to be the center of a huge bidding war.
Other guests will also be planning their bidding strategies to score some bonus items that have been staples at the auction every year. Front row seats at graduation, a front row parking spot at pick up time, and front row seats at Christmas Mass are all expected to be as popular as ever.

As popular as the Jenga project is, another item is expected to be popular. The popcorn bowl, made by the St. Louis de Montfort children, is a ceramic bowl with a special touch. Each of the students in a particular grade make a thumbprint, and under the thumbprint, they sign their names. This creative popcorn bowl has traditionally gotten top honors as the art item with the highest number of bids.

According to Thor, the art projects are also a big hit. She adds that the students at each grade level are assigned to do an art project to be auctioned. She says the Jenga project is always exciting. She describes this life-sized figure made from handmade blocks, each one signed by the students, stands about five feet tall. When asked about how this creation comes to life, Thor acts coy and tried to change the subject. Humbly she admits her husband, Mike, makes each one of the individual blocks. Once they’re signed by all the kids in one particular grade level, she brings them home and shellacs them herself. 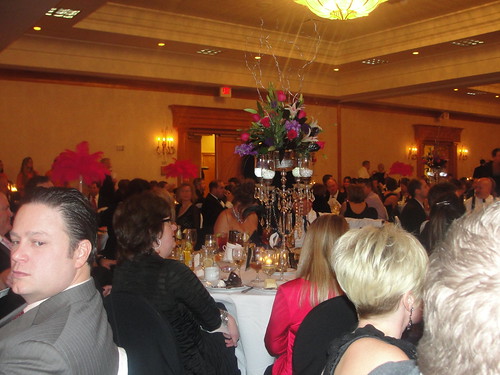 In all the excitement of the entertainment, fabulous food and frenzied bidding, it’s easy to forget the purpose of the night. So the ladies are adding a special Valentine’s touch to the decorating, a “Thankful Tree.” Students and adults alike have been given paper hearts on which to write the things for which they’re most thankful.

Invitations for this special gala went out in January. Attire for the evening is formal with black tie optional. Guests can purchase tickets online for $125 per person. The ticket price includes an impressive, catered, gourmet menu featuring hors d’oeuvres, dinner, desserts and an open bar. Living Proof, the headliner, will be sure to have guests on their feet dancing the night away.

Reaching to the Future Together

Suzanne Huntzinger has a journalism degree from IU and has lived in the Geist community for 18 years.