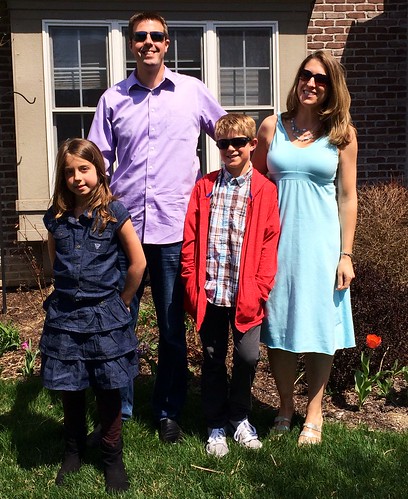 May was Lyme Disease Awareness Month and having Lyme disease myself, I would like to share some lesser-known facts about Lyme disease and other tick-borne infections.

Ticks are active longer than just during the summer months. Lyme disease, caused by the bacterium Borrelia burgdorferi, is usually transmitted by the deer tick, or “black-legged” tick. While these ticks are more active in warmer months, they have a 2-year lifespan and are active anytime the temperature is above 40-45 degrees. Many people are unaware they have been bitten by a tick. Deer ticks are very, very tiny, and they excrete a natural anesthetic when they bite. In their larval stage, when they feed on mice and can contract the Lyme bacterium, they are the size of a period on this paper. In the nymph stage, the size of a poppy seed, they can begin transmitting diseases to a larger host, such as a human. They’re easiest to spot as adults, but are still only the size of a sesame seed. Larva and nymph forms peak in Indiana in July/August and adults in June and September/October.

Usually a tick carrying Lyme must remain attached 24-36 hours to transmit infection. However, Dr. Willy Burgdorfer, PhD, discoverer of Lyme, found that 5-10 percent of Lyme-carrying ticks have bacteria in their saliva and can transmit the infection as soon as they bite. Not all deer ticks carry the Lyme bacterium and the percentage of carriers varies according to geography.

In the last couple years, Indiana has been added to the list as a “high risk” state and Lyme disease cases have now been reported in all 50 states. In 2013, the CDC reported they believe the disease is grossly under-reported and that it is likely there are 300,000 annual cases in the U.S. Put into perspective, that is roughly equal to the same number of new breast cancer cases diagnosed each year. When not treated properly, Lyme disease can be disabling and can cause death.

Many people assume if they are bitten by a different tick species, there is no risk for infection. Deer ticks as well as many other tick species can carry several other infections besides Lyme, including Rocky Mountain Spotted Fever and Tularemia. All are very serious; some can be disabling, and even cause death. I was also infected with Anaplasmosis and possibly Bartonella when I was infected with Lyme.

Lyme treatment can be tricky and requires a knowledgeable doctor. Testing is unreliable at all stages of the disease, and therefore, Lyme should be a clinical diagnosis. Most patients recover completely if Lyme is caught early (within 30-60 days) and treated completely (4-6 weeks of properly dosed antibiotics). However, the current average time from onset of symptoms to diagnosis is 1.7-2.0 years. If the disease goes undiagnosed for long periods, therapy can be long and intensive. I’ve struggled with Lyme for 17 years, with a diagnosis delay of ~14 months after my “flu and rash” first appeared. Not everyone progresses through the disease similarly, especially since symptoms change over time. Initial flu symptoms disappear and the bacteria invade organs, collagen, joints, and the nervous system, wreaking havoc for years when undiagnosed. They change shapes to avoid destruction by the immune system and antibiotics, and even go dormant for periods of time. Lyme is often misdiagnosed as Chronic Fatigue, Colitis, Crohn’s, Early ALS, Early Alzheimer’s, Encephalitis, Fibromyalgia, GERD, Arthritis (RA, Osteo, Reactive, Psoriatic and Juvenile), Interstitial Cystitis, IBS, Lupus, Ménières, MS, Prostatitis, Psychiatric disorders, Raynaud’s, Scleroderma, Sjogren’s, Sleep or Thyroid disorders.

What can you do to protect yourself? When in wooded or tall grassy areas, cover all exposed skin, and check your entire body afterwards.

Use repellents. Please do your own research to make the best choices for your family.

DEET repels ticks and 20%-30% DEET is recommended. Do NOT apply DEET to children under 2 months. A note to fishermen: DEET repels fish, so take care not to contaminate your lures.

Permethrin is derived from the chrysanthemum family of plants and actually kills ticks but should ONLY be applied to clothing where it can last for several weeks once applied. It is very toxic to cats.

Essential Oils: Citronella, Eucalyptus, Lemon Leaves, Peppermint, Lavender, Cedar, Canola, Rosemary, Pennyroyal, and Cajeput have been found to be effective in repelling ticks, but the effects only last 30-60 minutes, so frequent reapplication is essential. The CDC recommends only one research-approved essential oil, lemon eucalyptus, which can be found in products such as Repel and Off!

If you find a tick embedded in your skin, remove it with a pair of tweezers as close as possible to the mouth parts and lift up gently. NEVER use a flame, polish remover or any other means to remove a tick. It can scare them and cause them to “vomit” their stomach contents into your system and potentially infect you. Clean the bite area with rubbing alcohol to help prevent infection. Save the tick in a sealed plastic Ziploc bag: it may prove useful for later testing if you develop symptoms.