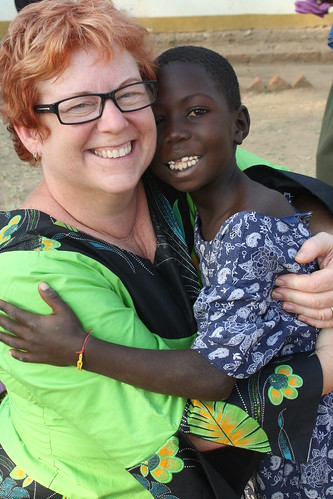 Holding a space is what someone does when they see your potential at a time when you don’t or can’t see it yourself. It’s what someone special in your life – your parent, grandparent or mentor – did for you when they saw the good in you, and they said that everything would be all right. When things looked impossible, they held that space for you that it was possible, and that made all the difference.

Laurie Kroll, founder and director of Village2Village Project, is one of those special people that is holding a space for someone, for many. She holds a space in her heart for the infinite potential of the children and families living in a remote village of Uganda.

Village2Village Project began in 2003 when Kroll and her family lived in Vermont, raising four small kids of their own including two who joined their family through adoption. A quote found on the Village2Village Project website explains how the experience of adoption has changed her: “Now any vulnerable orphan could be my own family, and any struggling mother could be a cherished relative. Adoption has not just expanded our family but my world.”

Two years ago, Kroll moved to Fishers where she continues to work with the dedicated and compassionate staff and volunteers, donors and sponsors of Village2Village Project to make remarkable, permanent changes in the lives of vulnerable children in Uganda.

When asked how she had the courage to begin such a large project, Kroll says with quiet confidence, “I didn’t have training in non-profit management. I didn’t have all of that. It was more just a mom’s heart.”

Kroll explains that it all began with nine children that she saw in a photograph from a friend’s recent visit to a remote village in Uganda. They were orphans, alone and hungry. Some were sick, and they were also around the same ages as her own children. 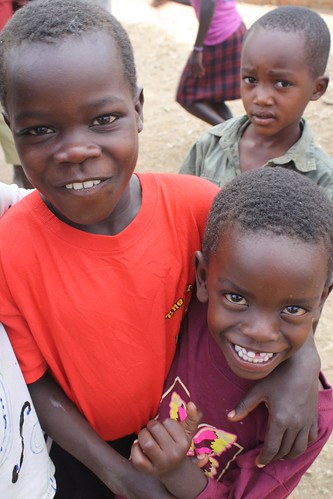 Compelled, Kroll sent supplies to these children only to witness on her first visit to the village that there were 1,000 or more orphaned children. Created by the death of the parent generation from HIV/AIDS, these children were abandoned and starving, sick and alone. It was emotionally overwhelming, but she set her resolve.

“What would my own kids lives be like if nobody had stepped in for them?” says Kroll. “Who is going to stand in for these kids in this remote area where the rebel activity has caused most of the helping organizations to withdraw? There really wasn’t anyone left there helping.”

This region of Uganda experiences flooding and droughts, intense land disputes, attacks from the Lord’s Resistance Army (LRA) in years past and an economic system shattered by the death and dying of the parent generation in families due to the HIV/AIDS epidemic.

The parents are the money producers, and so in their death, they are leaving the very young and very old to fend for themselves. In these villages, one in every five children has been affected by disease or violence.

“There are desperate needs in this community,“ says Kroll.

Despite the circumstances, Kroll made her decision to act, not motivated by fear but instead inspired by the possibilities. She saw an opportunity for these children to not only live but to thrive with education and given the opportunity to follow their dreams.

Laurie explains, “Everybody that came into our program came into it because of tragedy, but we didn’t want them to be stuck in that pattern. Some kids shut down when they face tragedy. And we work with them and help them come out of their shell and dream.”

It is this type of care and compassion in addition to aid that is causing permanent change in the village and what makes Village2Village Project an amazing organization. 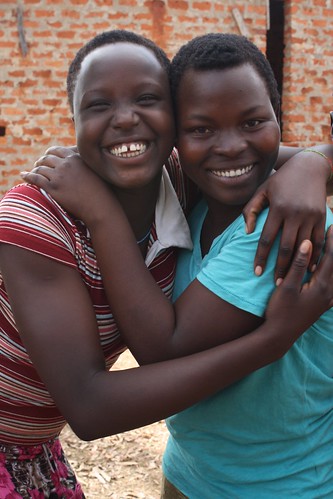 Village2Village Project is a Christian ministry, recognized as a non-governmental relief organization in Uganda, providing compassionate orphan care in Serere, Uganda. Nutritional, medical, educational, social and spiritual care is provided for the children and families of remote villages that have had at least one parent affected by HIV/AIDS or violence.

The Hope Ministry currently serves the medical needs of more than 30 guardians with HIV/AIDS and has lost none to the disease since 2006. In 2008, the House of Love was formed where children with special needs can receive specialized care. In 2015, Kroll received an update on two girls from the village. Both are attending college. Laurie smiles, adding, “One took the bar exam in August and is passionate about human rights law. The other is in her fourth year of medical school and wants to become a surgeon.”

To do this work, it’s very important to Village2Village Project to keep the children in their original village, within their existing families, to foster connection and a community supporting each other – the foundation for a permanent change. Laurie states, “I don’t want to provide change for a day or a month. I want to provide a permanent change for these children.”

To continue to provide permanent change in this village and plans to begin serving a few nearby villages, their greatest need is funding. Individuals, community groups, religious organizations and businesses can secure the future of these children through partnership and donation in a monthly commitment program. The donations will provide the needs of these vulnerable children and support their dreams. This will hold a space for the clearly infinite potential of these children, and that makes all the difference.