“Every athlete at any level dreams of representing their country,” said Jordan Dickey, USA player and team member of the Power Soccer’s 2011 World Cup. 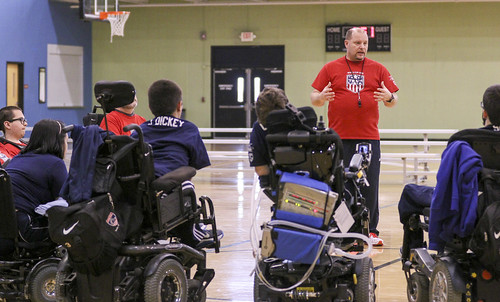 As is their custom, on the last day, Saturday, Aug. 15, the athletes will show off their strengths and battle it out from 1-5 p.m. The event will be free for the public to come and enjoy.

According to Michael Archer, a Greenwood resident and USA team member, “Power Soccer is a sport designed for people with disabilities to use power wheelchairs to play soccer.”

Power Soccer is the first competitive team sport designed and developed specifically for people of all ages and genders who use a power wheelchair. Participants include people with quadriplegia, multiple sclerosis, muscular dystrophy, cerebral palsy, head trauma, stroke, spinal cord injury and other disabilities.

A fast-growing sport for power wheelchair users, the sport combines the skill of the person with the speed and power of the chair creating a fun, competitive and accessible opportunity to play the most popular sport in the world. The rules are similar to outdoor soccer with a few modifications.

The court action takes place in a gymnasium on a regulation basketball court. Two teams of four athletes in power wheelchairs attack, defend and spin-kick a 13-inch soccer ball in an attempt to score goals. The teams consist of three players out on the field and one goalie. 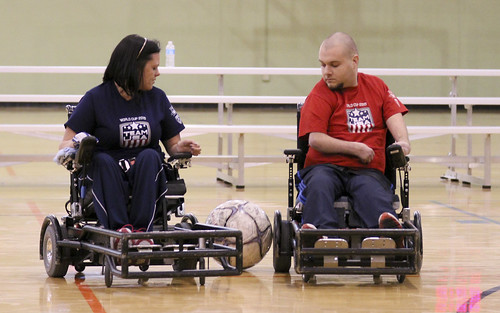 Selection
In Oct. 2014, 20 players from all over the U.S. came to Greenwood to try-out for the next World Cup team. It was three days of intense 12-hour evaluations and drills. With their skills put to the test, players feverishly competed to make the next Power Soccer USA team.

According to Greenwood resident Coach Mike Hayes, “Over this next year, the team members will sharpen their skills in two specific ways — weekly drills and six training camps. During this journey, these players will learn and execute a new version of how the USA will play Power Soccer in the World Cup and beyond.”

One of the new aspects of how the team plays will be in the touch and manipulation of their power wheelchairs. “This year, all the team members received a new Strike Force chair,” Archer explained. “It sets closer to the ground and has a bigger motor, allowing all aspects of the game to be faster and quicker.”

Fundraising Out of the Traditional Box