Former Greenwood Community High School PrepStar All-American A.J. Edds has overcome many setbacks to maintain his professional football career in the National Football League. The 2006 Greenwood graduate has amassed a four-year football career despite not one, but two season ending knee injuries since 2009. 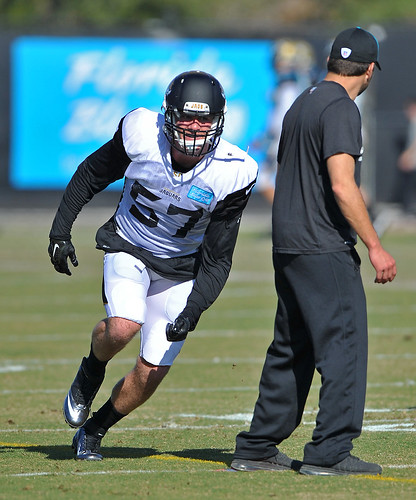 The Jacksonville Jaguars signed the 27-year old linebacker and special teams player this December after he spent a combined four seasons with the Dolphins, Patriots, Colts and Jets.

The Jets released Edds in late October. Prior to signing with New York he spent time with the Colts. Indianapolis cut him loose after he suffered a second ACL knee injury. This time it was his left knee. He had the same injury to his right knee his rookie year in 2010 while with the Dolphins.

A.J. says it’s a question of resiliency at this point.

“Many people would have folded it up after the second ACL injury and moved on. I knew in my heart I hadn’t had a chance to put my best foot forward yet in the NFL.

I made a goal of what I wanted to accomplish. I wasn’t going to let a few setbacks diminish that goal or hold me back. You keep working and keep pushing forward. You find out a lot about yourself when you have setbacks. I wanted to prove to myself that I had what it took to make the team and play at this level.”

A.J. sets three goals for himself before each training camp.

“Number one goal is stay healthy, something I took for granted in college,” he said. “My second goal is to make the team. Third goal is help my team make the playoffs.”

Showing Promise Early
So where does A.J. get his great work ethic, resiliency, discipline and resolve? He credits his parents, high school and college coaches, teammates and the community of Greenwood.

“Looking back on how I was reared, the farther away from it I get, the more I appreciate it,” said A.J. “The little things that your parents do for you and the sacrifices and the commitments they make. It makes me appreciate my parents and the way they raised me. They are my two biggest role models.”

“I saw him do things on the practice field in second grade that were instinctive that you just don’t coach,” said David. “I remember going home one night after practice when I told his mother, this kid is going to be a college football player and we’re going to start preparing him right now.”

David then talked to A.J. about what he needed to do for a future in football.

“First, talked with him making it clear that academics was number one,” he said. “Number two, when a coach asks or tells him to do something, you keep your mouth shut and do it because that coach knows more about what the team needs than he does. Be a student of the game. Pay attention to what other people are doing. Do your job, but know how it fits in with the entire system that’s being employed.”

In high school, A.J. was a four-year letterman in football, basketball and track. His stats are impressive. He holds numerous school records in football with 390 career tackles, 12 career interceptions, 23 tackles in one game, 17 solo tackles in a game and 73 solo tackles for a season. He also has the school mark in basketball for the most rebounds in a career. He placed seventh in the high hurdles in the 2006 State Track & Field Championships.

“I learned a lot of life lessons from them,” he said. “Those guys really pushed me athletically and held me to a higher standard because they knew I had gifts and talents.”

“I hope we pushed him hard,” said Rick. “He had a lot of talent and great family support. I give his parents a lot credit for providing for him the training, the opportunities to travel and go places to get seen which is important in the recruiting process.”

“This is what epitomizes A.J. His senior year in the regional football game he broke his foot,” said Bruce. “He’s already committed to Iowa to play football. He doesn’t have to play basketball. However, he still played basketball after missing the first three or four games due to the broken foot. That spoke volumes to me, the kind of person that he was and kind of teammate he was and the kind of friend he was. I will always remember that about him.” 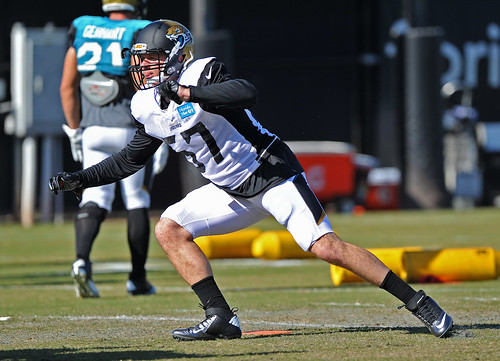 A True Student Athlete
A.J. not only excelled in athletics, he also was a top-notch student. In high school, he was named National Football Foundation Scholar-Athlete for Central Indiana and earned academic all-state his senior year.

“A.J. was probably the most recruited player I ever had,” recalls Rick. “Not just because of his athletic ability, but also because he was a very good student and a very mature young man. When college coaches met him, they were very impressed with him.”

A.J. says his mindset during the recruiting process was, “Where can I get a meaningful degree while playing for a high caliber football team. First advice I would give to any young athlete contemplating playing sports at the next level is get your grades in line. That’s first and foremost. Before a coach comes to see a kid, they have the transcripts sent to them. Can this kid get into school?”

After numerous college visits, A.J. chose the University of Iowa. The Hawkeyes recruited him as a tight end, but moved him to linebacker during preseason practice his freshman year.

He started 38 straight games for the Hawkeyes at linebacker from his sophomore season through his senior year. He ranks 43rd in career tackles at Iowa with 226 and was named academic all-Big Ten his sophomore, junior and senior years. He graduated with a degree in management.

A.J. credits the community of Greenwood with helping shape him into the kind of person he is today. “Greenwood is a place filled with a lot hard working people that go to work before the sun is up and work until the sun is going down,” said A.J. “What I’m doing athletically is no different from what many people are doing in their work careers back home. I do enjoy getting back to Greenwood because it reminds me of where I come from and what I’m all about.”