Brew-By-U: Create Your Own Microbrew 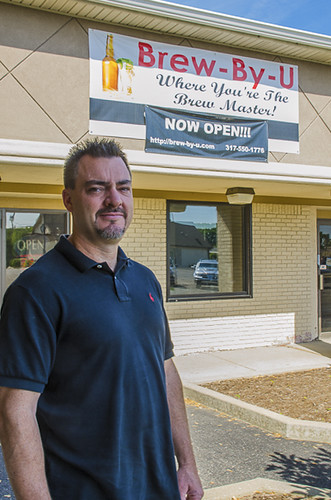 With the increased popularity of microbreweries, a broad interest in craft beer has emerged. For die-hard beer aficionados, home brewing has quickly become a hobby. However, home brewing requires an investment in equipment, plenty of space and the effort to acquire the right ingredients. What if you want to try brewing without the costly investment?

Jeremy Hough asked himself that exact question. Hough attended a Wine and Canvas event. Knowing nothing about the craft, he walked out with a semi-decent painting. Hough, a home brewer for over 10 years, said to himself, “Somebody should do this with beer.”

That is just what he did. Brew-By-U opened in December 2014 as a place where people could come to learn how to make quality craft beer with some guidance and the right equipment. The business is the first and only of its kind in Indiana.

Most customers brew in groups of three or four to share the experience and of course the beer. The fee varies based on the type of beer and the service and ranges between $160 and $200. However, for Father’s Day, Brew-By-U is offering a special deal. Purchase a gift certificate, and you can brew any of the 20 beers on their board for only $127.99. It is the perfect opportunity for a little father-son (or father-daughter) bonding. 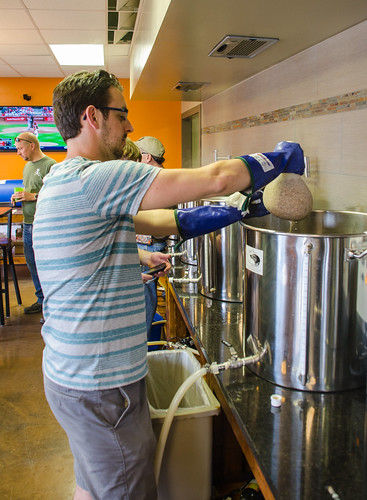 Center Grove resident Jim Eichelman received a gift certificate from his son, Nick, for Christmas. He credits the assistance of the “master brewers” in helping them along the way. Hough said these brew coaches are there to help guide patrons. “My son and I were total novices, so they provided guidance and assistance every step of the way,” said Eichelman. “We found it very easy, but they don’t do the work for you. They want it to be your beer.”

The first session takes about three hours as you cook and prepare the beer. It is then stored under ideal conditions to allow for fermentation for approximately three weeks. Patrons then return to bottle their finished product.

“It gives you the satisfaction of brewing your own but without the mess and need for investment in equipment,” said Eichelman.

Hough said it is best to make a reservation to brew, so that equipment can be prepared for your session. In addition to Brew-By-U recipes, customers are welcome to bring in their own recipe. Brewers simply pay for ingredients and a la carte rental fees based on the equipment used.

Most patrons brew five to six cases of beer, said Hough, but you can brew anything from a few cases to entire kegs of beer. “We’ve had customers brew kegs of beer for bachelor parties, weddings and even work anniversary parties,” Hough added.

Brew-By-U is actively working toward obtaining their license to serve the beer they brew, which will also allow them to sell beer for take-out on Sundays as other microbreweries may do.