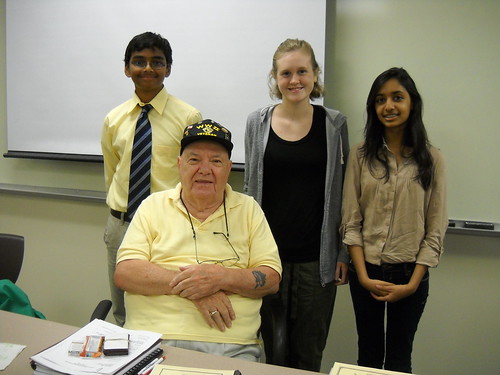 The moment Park Tudor’s Social Studies Chair Kathryn Lerch realized she loved history was in elementary school while reading a book about the early pioneers. A few years later, her last great-grandparent passed away, leaving more than 115 letters from a Civil War soldier in the attic of the 1830 homestead in New York State. Years later, she would find an additional 250 letters to add to a collection of letters for this individual’s regiment.

“The initial letters led to my senior paper, ‘A Northern Soldier’s Life in the Civil War,’” Lerch said. She went on to major in history and foreign languages in college. Moving to Indianapolis in 1971, Lerch was a volunteer German teacher at Shortridge High School until taking time off to raise her two children, both of whom graduated from Park Tudor (PT).

“When I began teaching at PT in 1984, I introduced the German program but knew I wanted to also teach world civilization history,” Lerch said. “Since I had an interest in history and had worked with primary documents from experience, this was something I wanted my students to also be able to do.” After students published the first anthology of letters, Senator Richard Lugar’s office invited the Legacy Initiative Project to partner with the Library of Congress’ Veterans History Project. Thus, the project evolved.

As part of her freshman world civilizations history course, students are asked to interview a military veteran or civilian with wartime experiences. The students record these interviews through a variety of note taking, video and audio recordings. Typically the veteran is a family member, friend or neighbor. Materials from some of the best interviews are compiled for further research by students belonging to the Legacy Initiative Project, which places the stories in books. The oral history interviews are sent to the Library of Congress’ Veterans History Project.

“I live a fairly sheltered life,” said sophomore Rachel Thomas, who is part of the Legacy Initiative. “I am so grateful for our military and now have a far deeper appreciation for those that have served.” Her sentiment is echoed by the entire student committee comprising the Legacy Initiative Project.

Over the last 13 years, PT students have collected more than 700 oral histories of veterans and civilians who served in support of our country. The gathering of these oral histories has been an important component of the Legacy Initiative Project. This committee of approximately a dozen students have compiled the materials from the interviews, organizing many of the recorded interviews into six anthologies entitled: “Words Of War (Volumes 1-6).” The Civil War through current U.S. military operations is covered in these books with Volume 7 currently in production.

The Legacy Initiative is hands-on history through research and writing, which is greatly impacting the students involved. During the last 15 years, hundreds of students have been involved in interviews and more than 100 students have served on the extra-curricular Legacy Initiative Project. Through these interviews and working with original resources, minds are expanded, connections are made and worlds are opened. What began as a simple assignment for a freshman world history class has grown into something special: recording history and recognizing those who have been affected by war.

The books may be purchased through the PT School Admissions Office. This project always welcomes suggestions of veterans to interview as well as contributions of copies of unpublished wartime letters, diaries or reminiscences. For suggestions, email klerch@parktudor.org or call 317-415-2700.

The Monon Boasts a Bent Rail