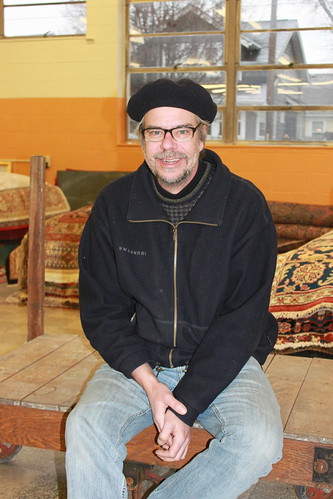 Curt Churchman stands at the corner of Broadway and 42nd Street, in front of the old Kaleidoscope Youth Center (formerly the Broadway Branch Library). As the late afternoon snow falls, Curt chats with a local woman about his vision for the old building.

As the owner of Fine Estate Art and Rugs, Curt Churchman has seen his fair share of changes. “I cut my teeth at Midland,” said Churchman as he remembered his earlier days of selling rugs. When vintage Persian rugs emerged on the market, Churchman — formerly a commodities trader — couldn’t pass up the opportunity to try something new. As he acquired hand-made rugs from places like Pakistan and Nepal, Churchman eventually established his first retail location on Carrollton Avenue and then, recently, at the corner of College Avenue and Kessler Boulevard.

The addition of fine art, according to Churchman, “just happened naturally.” His Kessler space was dedicated to both fine rugs and Indiana historic artists. To this expanding business he also added a frame shop. And just a year ago, he opened Gallery Two, exhibiting living Indiana artists. Churchman and his local employees “love the mission” of representing over 125 years of Indiana artistic history.

The mission hasn’t stopped with rugs and art. Churchman opens his building to author presentations, painting demonstrations and other community meetings. He donates time, materials and expertise to the art program at IPS School 84 and the Riviera Club.

As Curt stands on the sidewalk and talks with a fellow resident, the snow falls steadily, and his vision’s future is in question. The Meridian Kessler Neighborhood Association has declined to support a variance for the old library, and Churchman tells the woman he’ll know on March 3 if he can move forward on his vision for the building.

Armed with the support of many locals and from community voices — the Indiana Director of Historic Landmarks and the Indiana State Museum among others — Churchman hopes the city will grant his zoning variance request.

With his most recent move to the old youth center, Churchman plans to restore the ‘50s era building. Staining the concrete floor, modernizing the lighting and exposing the ceiling are just some of his plans. Curt is also working to demolish the fence and preserve the adjacent playground for community use. And like the previous locations, he plans to open his building for community events. “We are inherently a community use,” said Churchman. “We certainly feel like we’re neighborhood serving.” 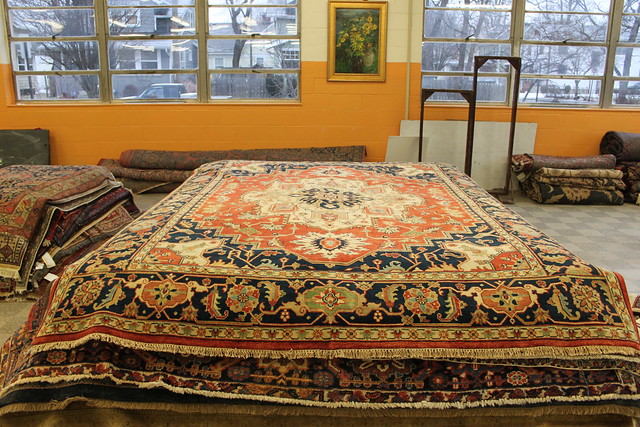 When he’s ready to move on, Churchman is committed to reversing the zoning variance, which he thought would assuage some local concerns. “It’s just so crazy being in a situation where I have to fight for my life,” said Churchman. But he added, “I think we’re gonna win.”

Visit the gallery’s webpage for more information on the move and the status of the variance. gallery-two.com/move

Stolen Moments and the Moments of Steven ...