Inquisitive by nature, home-schooled Broad Ripple teenager Andre Jefferson has thrown himself into every interest he’s had since he was three. It began with dinosaurs. His knowledge of these prehistoric creatures would impress any paleontologist. Shortly thereafter, he mastered the Lego building instructions for any given set. He was fascinated by how things worked. Things really got interesting when he saw a video by the Kinetic King. Andre then learned how to build a “cobra” kinetic chain using popsicle sticks. 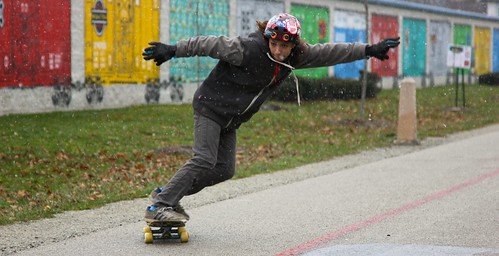 One of Andre’s interests is videography. He began posting videos to YouTube when he was nine years old. Once he started building the kinetic chains of sticks, he would record their unweaving. In September of 2011, Andre posted his largest, to that date, kinetic chain in their home. The video went viral, with over 2.2 million views.

“We had no idea what would happen or what to expect,” says Andre’s mom, Megan Jefferson. “It was hard to process initially,” adds Andre. 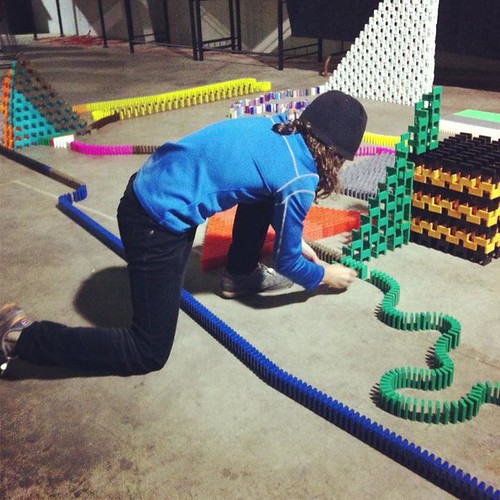 They were contacted by the Anderson Cooper show for an appearance. The family flew to New York City and Andre was featured on the show. When Anderson asked Andre what’s next, Andre announced that he and a friend planned to break the “Guinness Book of World Record’s” record for the most sticks exploding in a stick bomb.

After careful planning, and a generous donation of space by DeveloperTown, Andre and his friend broke the record. They held it for about a year, and the media attention kept coming. After reading about Andre online, Nickelodeon invited Andre to fly to Los Angeles to be on kids’ game show called “Figure It Out,” where a celebrity panel guesses what it is that the contestant does that is special. No one could figure out what Andre did and he won the grand prize: a vacation for his family to Cabo San Lucas.

“The trip was awesome,” says Andre, in regards to the filming of the show as well as the trip to the Mexican resort.

Andre was invited to speak at a TEDx Indianapolis event last year. His talk about “Science at Play” was a hit, including an on-stage demo of the cobra kinetic chain.

One of the interesting facets of the viral video is that the Jefferson family needed to license it, with most of the licensing requests coming from Japan. A few months ago, they discovered how far reaching the influence of Andre’s viral video truly was. Subaru had made a commercial with a small remote control car racing a stick bomb. There was also a video showing how the commercial was made. Andre was quick to point out the errors in their construction of the stick bomb, but thanks to creative editing, the kinetic chain looks flawless in the final production. 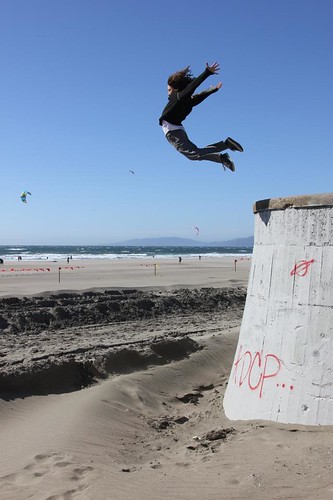 Now at age 13, Andre enjoys longboarding, parkour, photography, and he still loves science. He is scheduled to speak this spring at Illinois State University’s Science Day, where he will lecture and perform demos of his famed stick bomb technique. Andre sells a stick bomb starter kit on Etsy and enjoys speaking to school kids about kinetic chains.

As for what he wants to do when he grows up, Andre replies, “I have no idea, I am just going with the flow.” Wise advice at any age.

To book Andre for a speaking engagement or to purchase a stick bomb kit, email megan_jefferson@yahoo.com. The kits are also available at etsy.com/listing/162976994/andres-stick-bomb-kit-toy.